Among the races to be decided in the Nov. 2 general election is South Snohomish County Fire & Rescue RFA Commissioner Position-at-Large 7, with David Chan facing Rashawn Smith. Those voting for South County Fire & Rescue Commissioners will live in the regional fire authority boundaries (the City of Lynnwood or unincorporated areas). The cities of Brier, Edmonds and Mountlake Terrace contract with South County Fire for fire and EMS services so aren’t represented on the commission.

We requested statements from each of the candidates and they are as follows: 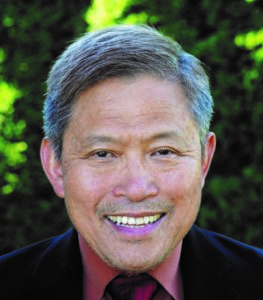 The reason I am running for re-election is that South County Fire (SCF) is at a critical time to meet the increase demands of Fire and Emergency Medical Services (EMS) as the population has an explosive growth. I am a CPA and business owner and will continue to use both business and governmental experience to lead SCF with sound fiscal conservative approach to keep taxes low and efficient operations. I have been leading the following two projects to find the solutions:

Capital Facility Plan (CFP) – Planning Fire and EMS stations for 25 years to match the population forecast. After five years of study, we are close to the stage of funding and building the stations.

Inclusion of Member Contract Cities (IMCC) – Inviting all contract cities to join the RFA to become a full-fledged member and have a voice about the fire services.

We need an experienced commissioner like me to lead to complete the projects. I was elected as a commissioner in 2005 and guide SCF to a financially sound fire department and I hope I can do this for the next six years, and save the residents lot of money. 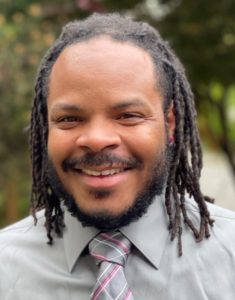 Hello my name is Rashawn Smith and I am running for South County Regional Fire Authority, Commissioner Position 7.

I was raised in Brooklyn, New York by a single mother. Witnessing the impact and sacrifices of our first responders on 9/11 has changed me forever.

I have been a resident and homeowner in Lynnwood for over six years with my wife and two children. I have had the opportunity to be involved in youth football coaching, local volunteering, and mentoring students at Shoreline College.

Serving as a commissioner will allow me to bring a fresh perspective and new diversity to the table, a great asset when guiding future policy.

There is an unfortunate history of some commissioners not understanding the community they represent, given past disparaging remarks.

I believe having leadership who recognizes our diverse community, as it is today and as it will be in the future, is important for everyone. The pandemic has shown us that using resources to support our first responders is critical for everyone to remain safe and be prepared for future growth.

I am proud to have been endorsed by the IAFF Local 1828 Union, and RFA Commissioners Greg Urban  and Chris Teoflak.

Thank you for your vote on Nov. 2.