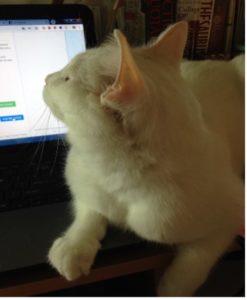 EPIC Group Writers recently hosted a workshop on “The Magic of Great Sentences” taught by Anne Elliott. Elliot’s thesis is the sentence is infinitely elastic, and writers make thousands of conscious and subconscious micro decisions to make music of the prose, reveal subtext, illustrate voice, and illicit an emotional response from the reader. Ultimately, well-crafted sentences can make a difference between acceptance and rejection. In a podcast, literary agent Jeff Kleinman said, “great writing is when the words vibrate on the page.”

After the lecture portion of the class, Anne asked the participants to take either the first or last sentence of our current project and revise it five times. Revisions could entail something as minor as a word change, a rearrangement of phrases, or altering the type of sentence between declarative, interrogative, imperative or exclamatory. The relationship between the reader and author determines the sentence type. In this column I generally use declarative and imperative sentences. Can you imagine if I used all interrogative sentences? And a series of exclamatory sentences may terrify the reader!

I’m only half listening as Shelly prattles on because I’m trying to work out what color her hair is this week.

Shelly’s prattling about something but I only half listen because I’m trying to figure out what color her hair is this week. [Even wordier, and several in the group also pointed out that ‘prattle’ isn’t a verb my teenage narrator would use.]

I only half listen to what Shelly’s saying as I work out what color her hair is this week. [Better, but not quite there.]

I only half listen to Shelly’s monologue as I work out what color her hair is this week. [“Monologue” feels too formal.]

Shelly’s trying to tell me something but I’m distracted by wondering what color her hair is this week. [Ugh!]

At the end of the workshop, Anne suggested we continue playing with our sentences 25 times. By digging around in the words, we can get to the bottom of what’s important.

Shelly may be telling me the secrets of the universe but all I can concentrate on is what color her hair is this week.

As Shelly explains her latest theory of the universe, I’m trying to work out what color her hair is this week.

I still wasn’t happy with it. The repeated s sounds make the beginning too soft. Maybe the answer lay in the next sentence or the entire paragraph.

Shelly’s wearing a knit hat so it’s impossible to tell what color her hair is this week.

It’ s three in the morning, so maybe I need to begin there.

It’s 3 am and Shelly’s telling me something but I’m more interested in what color her hair is this week.

My playing around is making things worse!

I think back to an example from Toni Morrison. Anne showed us in her presentation where she, too, struggled with the opening sentence of Jazz. Morrison’s original sentence was mechanical and predictable, lacked voice and used the wrong point of view. Morrison knew her character so well yet hadn’t yet discovered how to show her. Instead of describing her in third person, Morrison begins Jazz with, “Sth, I know that woman.” The sentence is odd; it begins with a sound, followed by a simple declaration, yet it invites the reader to carry on.

After much word wrangling and asking myself what’s important for the reader to know, the lightbulb over my head finally clicks on; we can say more with fewer words. Here’s my revision:

I wonder what color Shelly’s hair is this week. 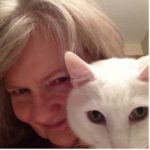 Laura Moe is the author of three novels and is board president of EPIC Group Writers. See EPIC’s events page for upcoming workshops. She is currently revising her less-than-stellar sentences in her novel-in-progress.