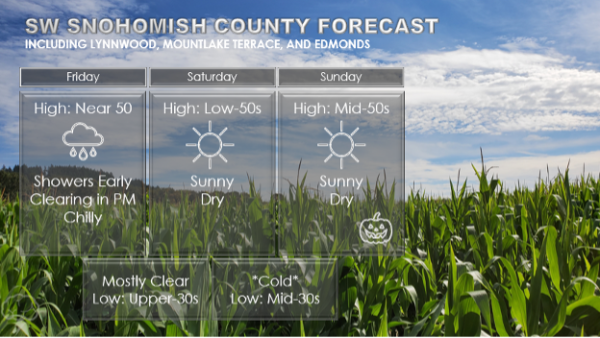 The weather has been nothing short of active over the past week or so, hasn’t it? Depending on how much news you watch/read, you may have heard the term “bomb cyclone” thrown out at you. If you watched Sunday Night Football last week, with the 49ers playing at home against the Colts, no doubt you heard this term. According to one of the reporters for that game, a bomb cyclone meant “really bad weather.” Well, that’s not entirely correct.

A bomb cyclone is a mid-latitude cyclone that undergoes rapid intensification—specifically, it is a storm that has its central pressure decrease 24 millibars (mb) in 24 hours or less. Generally, the lower the pressure in a storm, the stronger it can be. Within a few days of each other, we had two storms qualify for “bomb cyclone” status. According to Scott Sistek in an article for the newly launched Fox Weather website, the first storm—which occurred Thursday—dropped 50 mb in 24 hours, while Sunday’s storm dropped 46 mb in 24 hours. This second storm also set a record for the lowest pressure ever recorded in our region, at 942.5 mb.

You can see both these storms, side-by-side, in this tweet. Absolutely stunning:

The tracks of these storms meant that we didn’t see the peak impacts in our area, but we still saw a decent amount of wind and rain. Paine Field saw a peak wind gust of 61 mph—that’s quite significant for us. In addition, from Oct. 20-27, we saw 1.36 inches of rainfall.

And at the time of writing this, the rain is not over yet. Take a look at the visible satellite image from Thursday afternoon: 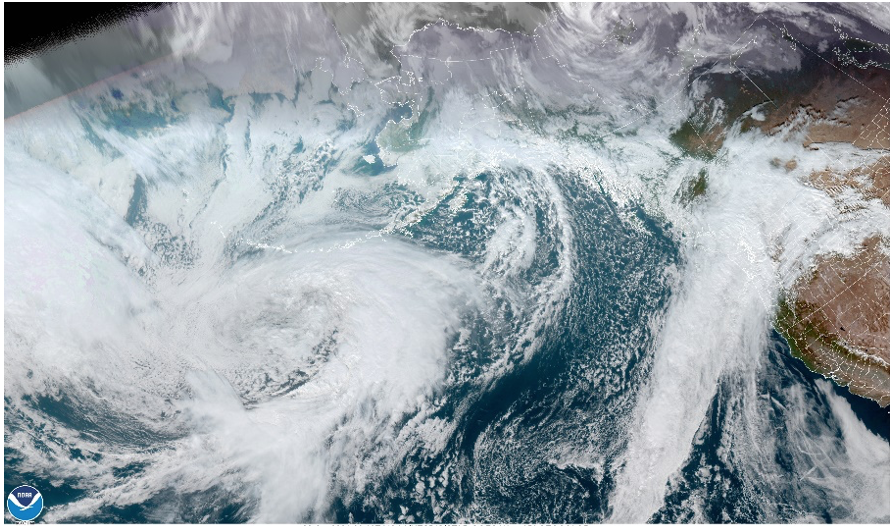 See that line of clouds aimed directly at us? That is an atmospheric river, which is responsible for all the rainfall on Thursday and will continue into Friday.

Rainfall totals for this system are expected to be 1-2 inches in the lowland areas, with mountainous regions potentially seeing several inches of rain. In fact, river flooding (and even some urban flooding) is possible, and several flood watches and warnings are in effect at the time of writing this. If you live in a flood prone area, you should be paying attention.

As we head into Friday, we are expecting to gradually clear up and dry out. By Friday afternoon, the bulk of the rain is expected to be over. We then transition into a couple dry days over the weekend, just in time for Halloween. But as we dry out, we’re also expecting to cool down, especially in the overnight hours.

After all the rainy days we’ve seen recently, the weekend should be a nice change of pace. We’re expecting sunny weather, with cooler temperatures. It will be the definition of a beautiful—but chilly—fall day, perfect for those remaining fall festivities. With clear skies present in the overnight hours, temperatures are expected to drop into the 30s. Remember, clouds act as an insulating layer at night—much like a blanket—so without them, temperatures can significantly drop.

The question on the minds of many is what the weather will be like on Halloween for anyone planning on going trick-or-treating. Climatologically, on Halloween, it has rained at least one-hundredth of an inch 56% of the time (at Paine Field). You can see this data in the chart above. Fortunately, this year, we’re expecting to be dry, albeit cold. High temperatures on Sunday are likely to be in the mid-50s, with lows dropping into the upper 30s. As a result, if you’re trick-or-treating with the kids, especially after dark, you may want to put on some warm clothes underneath the costumes.

Take advantage of the dry weather over the weekend because the potential for wet weather returns on Monday and continues throughout the week. At this point, that shouldn’t be much of a surprise; we’re heading into our statistically wettest month of the year after all.

Have a great weekend and a happy Halloween!