The three candidates who have been leading in the Edmonds City Council general election races maintained their advantage in the latest results released by the Snohomish County Elections Office Friday afternoon.

Position 2 candidate Will Chen picked up nine votes in Friday’s count, and now has a 132-vote lead over opponent Janelle Cass, who received an addiitional seven votes.

“A candidate can request a recount if the results do not meet the requirements for a mandatory recount,” he said. “They will be required to provide an initial deposit of $0.25 per ballot to be recounted and ultimately be responsible for the entire cost of the recount if the outcome does not change. If the outcome changes (a new winner is determined), the county will refund the deposit. Even small recounts run a couple thousand dollars for staff time and supplies.”

In the other two city council races, Position 1 incumbent Kristiana Johnson held on to her 53%-to-46% advantage over challenger Alicia Crank, and Neil Tibbott maintained his lead over Position 3 imcumbent Adrienne Fraley-Monillas by a 63%-to-37% margin. 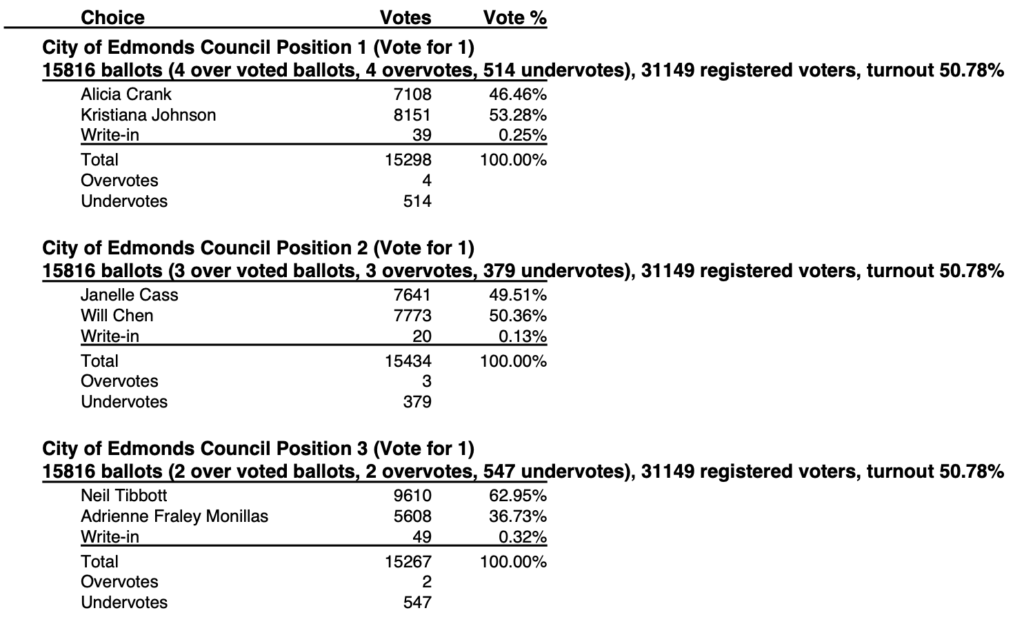