A total of 113 votes now separate the two candidates in the Edmonds City Council Position 2 race. Will Chen narrowed the gap with opponent Janelle Cass in the latest election returns released by the Snohomish County Elections Office Thursday.

You can see all results at this link. The next round of results will be released at 5 p.m. Nov. 5. 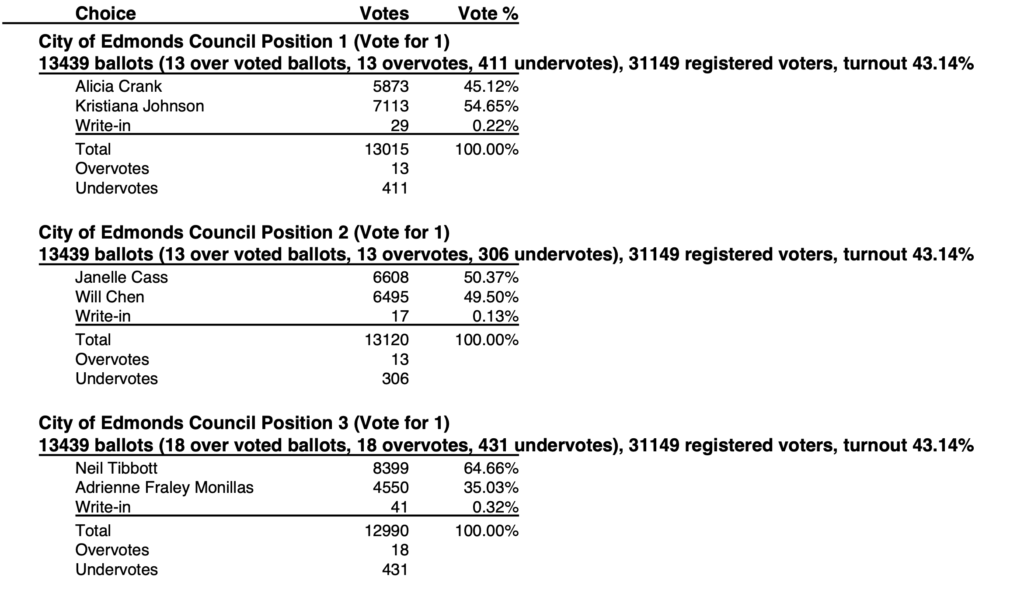