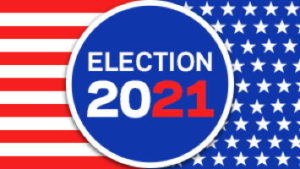 Will Chen had a 128-vote lead over opponent Janelle Cass in updated election returns released Tuesday by the Snohomish County Elections Office.

Chen had 7,762 votes, picking up four votes since Monday. Cass received two additional votes in Tuesday’s returns for a total of 7,634

In the other two city council races, Position 1 incumbent Kristiana Johnson maintained her 53%-to-46% advantage over challenger Alicia Crank, Neil Tibbott continued to lead Position 3 imcumbent Adrienne Fraley-Monillas by a 63%-to-37% margin.

County Auditor Garth Fell said that as of Tuesday, “there are less than a handful of ballots left to count in Edmonds. But that can still change before we certify results on Nov. 23. Voters can still resolve certain signature issues and we will still receive a small number of on-time ballots from military and overseas personnel that mailed their ballots on or before Election Day.”

Fell also explained the types of reports that are found on the county’s elections website — the Ballot Return Statistics and the Unofficial Results reports. Those reports are generated from two different systems and most of the time, at different times, Fell said. “This means you can run into problems comparing the two.”

“The Ballot Return Statistics report on the website shows all ballots returned and is generated from the system we use to track the returns and credit voters,” he explained. “The ‘returned ballots’ numbers on this report include ballots that have been accepted and counted as well as ballots that have not been accepted yet and may or may not be counted. These currently unaccepted ballots include ballots where voters failed to sign the outside envelope (17 currently in Edmonds) and voters whose signature they provided on the envelope does not match what we have on file in the voter registration record (130 in Edmonds). It also includes 97 ballots in Edmonds from voters that put their ballot in the mail too late to be counted or delivered their ballot to a drop box after 8 p.m. on Election Day. There are also 18 returned ballot envelopes from voters that have variety of other issues such as signed by a power of attorney or returned an empty envelope.”

Meanwhile, the Unofficial Results report, Fell said, is generated from the county’s tabulation system. “The tabulation system is purposely not connected to the internet or any other system. It reports ballots counted. The registered voter numbers in the tabulation system are manually updated periodically through the election and may not match what is in the Ballot Return Statistics report based on timing of the reports.”

“At the end of the election, we also prepare our Canvassing Board Informational Reports and reconciliation reports,which detail all the ballots we have received and how they were processed,” he continued. “These can be found on our webpage at www.snoco.org/elections in the Past Results section.”

You can see all of Tuesday’s results at this link. The next vote count will be released at 5 p.m. Nov. 12. The votes are scheduled to be certified Nov. 23. 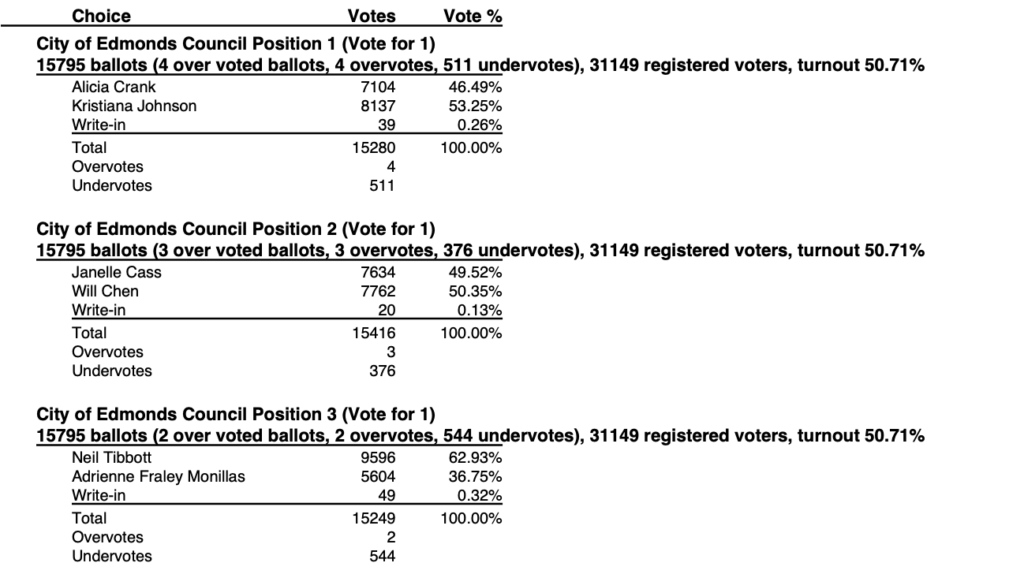