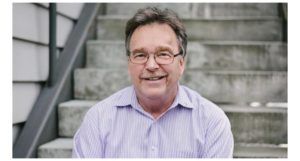 We regretfully announce the death of Chris Rogstad, who passed away after a brief battle with cancer surrounded by his wife and daughters on January 25th, 2022. He was a loving husband and father, survived by his wife, Lin Ciaramitaro, daughter Sophia Branson (Kendra Branson) and daughter Rebecca Rogstad (Nathan Haynes).

Born on October 10, 1950 in Stanley North Dakota, Chris grew up on the Great Plains, attending the University of North Dakota and graduating from the University of Washington, followed by a UW Master’s of Business Administration. After several years of working for Pella Windows in Seattle, WA, he joined his longtime friend and business partner, Lou Novak in launching Windowtech, Inc. Chris was very devoted to promoting diversity in small business hiring and was an active mentor to the new leadership team at Windowtech.

Chris lived in the Pacific NW almost 50 years, residing first in Seattle and then becoming a long time resident of Edmonds, WA and active member of the Edmonds Daybreakers Rotary Club. Chris and his wife, Lin Ciaramitaro were married in 1988 and the family settled in Edmonds in 2003.  Chris semi-retired in 2018 and turned his full attention to his activities with the Rotary Club, traveling with his wife and family, helping his daughter, Sophia to fix up her farm in Snohomish, competing with his daughter, Rebecca in standup comedy, and helping others wherever and whenever needed.

He is predeceased by his parents, Emil and Betty Rogstad and survived by his five siblings, their spouses and many nieces and nephews.

He will be forever loved and forever remembered.