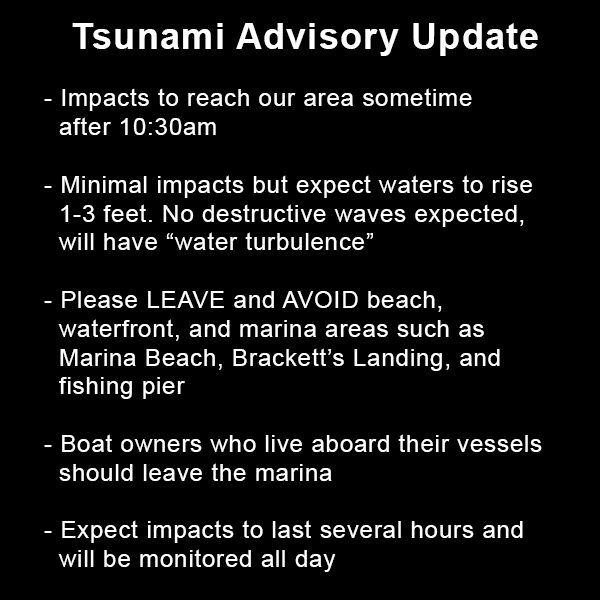 The City of Edmonds on Saturday morning announced that all beaches and piers would be closed for public safety due to a tsunami advisory, following a volcanic eruption in the Pacific Ocean near Tonga.

Tsusami sirens weren’t engaged since the tsunami was under 3 feet, the city said.

An All Hazard Alert Broadcast (AHAB) tsunami warning siren was installed atop a 40-foot pole at the foot of Dayton Street adjacent to the fishing pier in June 2021. It was one of 121 such warning sirens installed and funded by the State of Washington in high-risk locations throughout Washington’s inner and outer coastal areas.