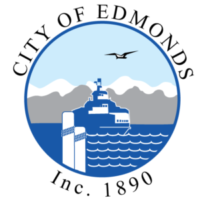 From a preliminary report on homelessness in Edmonds to an assessment of the city’s. tree canopy, the Edmonds City Council is scheduled to address a range of topics during its Tuesday, March 1 business meeting.

The council is also scheduled to receive an update on Civic Park renovations, receive an annual report from the city’s hearing examiner, and consider whether the city’s salary commission should be reinstated. (The latter item was on the agenda for last week, but was postponed after the meeting ran late.)

Finally, the council is scheduled to vote on the ordinance amending the 2022 already-approved city budget, based on changes made by the council during deliberations in the past few weeks.

The homelessness assessment, conducted by Edmonds-based Koné Consulting, is an update to a report presented to the council in 2017. According to the council agenda, the report includes preliminary conclusions and recommendations and will be followed by a full report in mid-March.

To submit audience comments using a computer or smart phone, raise a virtual hand to be recognized. Those wishing to provide audience comments by dial-up phone are instructed to press *9 to raise a hand. When prompted, press *6 to unmute.

In addition to Zoom, the meeting will be streamed live on the council meeting webpage, Comcast channel 21, and Ziply channel 39.