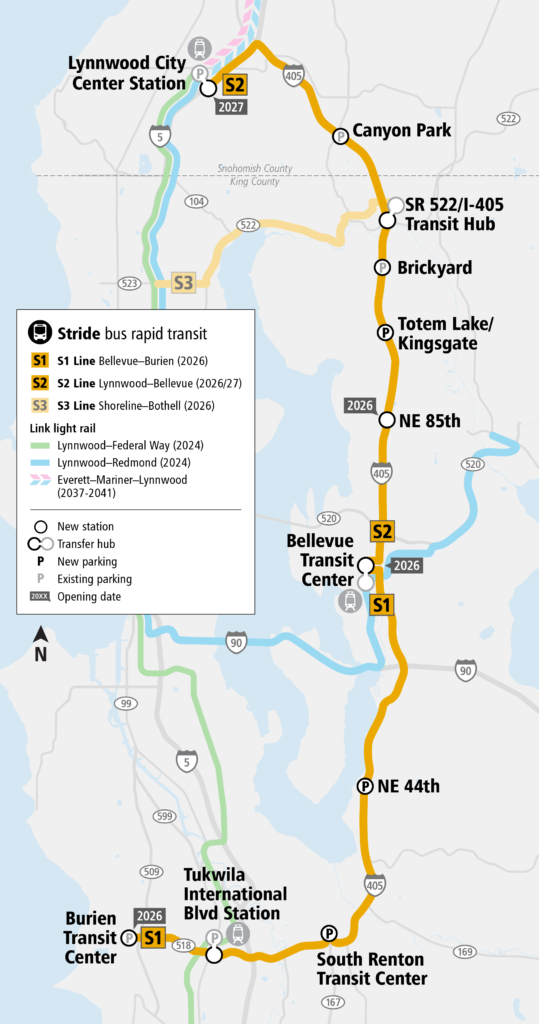 Sound Transit said Wednesday it will receive $15.9 million in new federal funding for Stride bus rapid transit investments on south I-405 aimed at  improving bus service for the region’s residents.

The goal of the Stride system, according to a Sound Transit news release, is to provide faster and more reliable bus service along a 37-mile corridor stretching from Lynnwood to Burien and a 9-mile corridor from Shoreline to Bothell. The new funding will support construction of the S1 Line between Burien and Bellevue, which the agency is working to open in 2026. In the particularly congested stretch between Bellevue and Renton, S1 Line buses will operate mostly in express toll lanes developed in partnership with the Washington State Department of Transportation, with additional routing on general purpose lanes of I-405 and SR 518 and local streets in Burien, Renton and Bellevue.

“Stride will offer faster, more reliable commutes to thousands of riders every day on new dedicated lines spanning the east, north and south sides of Lake Washington,” said Sound Transit Board Chair Kent Keel. “This funding for building the Stride S1 line on south I-405 will help us give our residents relief to chronic congestion. I want to thank the Biden Administration, Senators Murray and Cantwell, and the rest of the congressional delegation for their partnership and support.”