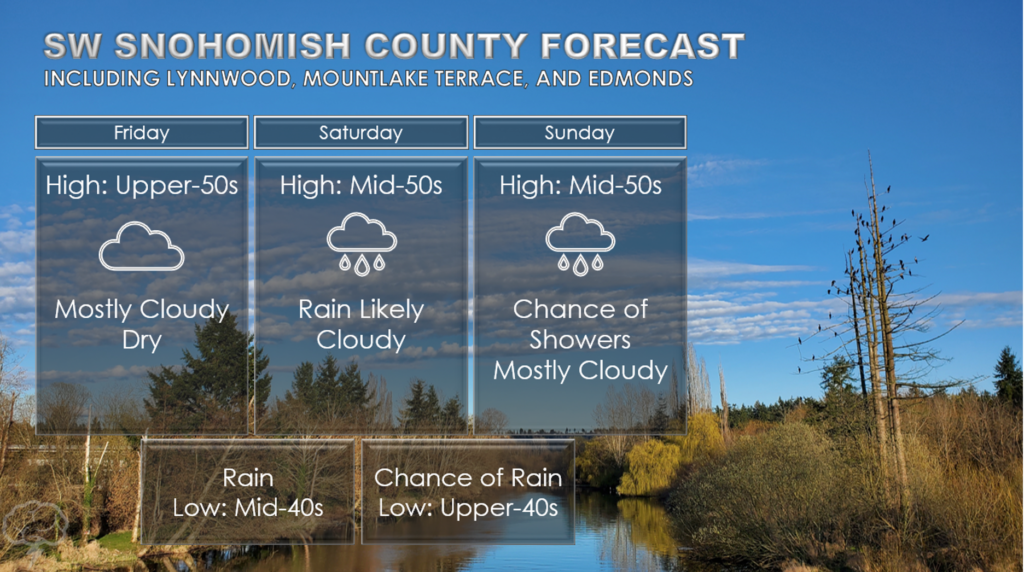 Well, we made it, everyone. We have survived another Pacific Northwest winter and have officially transitioned into spring. To make things even better, we were able to celebrate the new season with an actual spring-like day on Tuesday (March 22).

I mentioned last week that we had the chance of seeing the first 60-degree day of the year—and I am happy to report that we did attain that goal. Paine Field saw a high of 63 degrees, just a degree shy of the record daily high for March 22. In fact, this was the warmest March day we’ve seen since 2019. You can see this in the graph below, which shows the warmest high temperatures in the month of March for every year since 1999.

To the dismay of many, the spring-like weather was quickly followed by showers, but that’s typical of this time of year—ever heard the phrase “April showers bring May flowers”? I know we’re not quite into April, but close enough. It’s crazy to think that we’re already about to wrap up the first quarter of 2022.

To wrap up the workweek, Friday will be dry and comfortable with highs in the mid-to-upper 50s. Despite this, we will be dealing with some cloudy skies ahead of our next system, arriving over the weekend. Said system is expected to begin impacting us Friday night and into the day Saturday. Rainfall amounts are expected to be minimal, with less than a quarter of an inch expected in our area.

The chance for showers remains at times through Monday, with a dry day expected on Tuesday before the next system impacts us on Wednesday. This system isn’t looking particularly strong at this point, either—but as we inch closer and closer to summertime, those big systems with large rainfall totals become less and less likely, so this is expected.

Enjoy the dry Friday—and the showery weekend. After all, they say you never know what you have until it’s gone, and fast approaching are the days when the rain is likely to be harder to come by.