I had the opportunity to catch up with Eric Wilkinson from Edmonds-area rock band Who’s Your Daddy before their big show this Saturday, and this is what I learned.

The group consists of five musicians, four of whom are local to the area and one from Skagit County. Guitarist Brad Corrigan, from Skagit County, was brought in because “he is a musical savant and absolutely crushes it,” Wilkinson said.

The group formed in a slightly unconventional way, but one that is inspiring for those of us who still aspire to join a rock band someday. A long, long time ago, the four local musicians all had kids who attended Lake Forest Park Montessori for preschool and/or kindergarten. Toward the end of the school year, the school’s director asked Myron Partman if the band he was in at the time would consider playing an end-of-the-school-year party. Partman’s band was a 10-piece production playing large venues in the area and not quite the right fit for this type of event. He graciously turned down the offer but was asked if he could find a few other musicians and put something together. 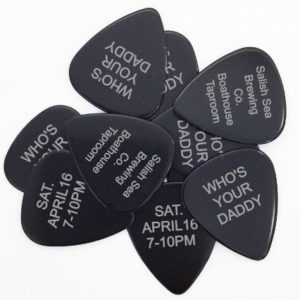 Partman jumped on the search and sent an email to all the families at the school, desperately searching for musicians. Frank Lara, Paul Yarnold and Eric Wilkinson responded to the call, and the four of them put together a set list of 10 of the easiest songs they could find, practiced a couple of times in the school’s gymnasium, and the rest is history.

With the group forming in such haste, they didn’t have a name to give the director of the school so she could put it on the fliers. She offered to let the children have a contest to the name the band. Wilkinson, guitarist and vocalist, shared that he figured they would end up being called the “Sparkly Dragon Farts” or something like that – but since they were all fathers, the children came up with “Who’s Your Daddy“.

“Mind you, these were preschoolers through kindergartners. I’m not sure if it’s my proudest moment, or my most embarrassing,” he said.

The group came out of that performance ready to keep going and have now been playing together for about 13 years. Those former preschoolers and kindergartners who named the band are now in college or getting ready to start. 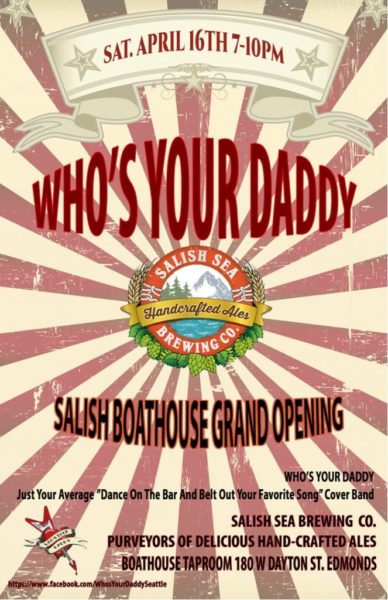 This Saturday’s event, from 7-10 p.m., celebrates Salish Sea Brewery’s grand opening of the new Boathouse Taproom, located at 180 W. Dayton, Suite 102. If you are on the fence about coming down to listen, this might change your mind. The group just started playing a killer hard-rock version of ABBA’s Dancing Queen. There is potential for a local guest sitting in as well; you will have to attend to find out who it is.

To learn more about the group — which includes Myron Partman on vocals, Frank Lara on drums, Brad Corrigan on guitar, Paul Yarnold on bass and Eric Wilkinson on guitar and vocals –check out their Facebook page or their website. 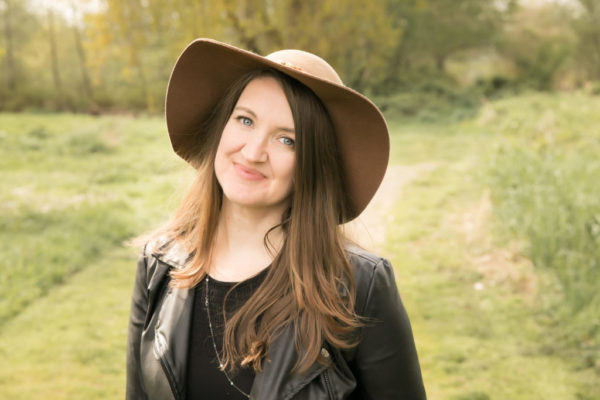