I love dahlias. It is truly amazing how a tiny tuber can grow into a huge plant in just two to three months and make an abundance of flowers in a single season. I have had some grow more than 7 feet tall!

Dahlias vary in size, type and color. According to the American Dahlia Society, there are 10,823 cultivars, 16 colors, 25 forms and six sizes of flowers (ranging from 2-12 inches).

If you want to see dahlias in bloom, there are several options available in our local area. Volunteer Park’s Dahlia Garden has more than 250 varieties and is a great place to visit in late summer. Bellevue Botanical Garden has a planting of dahlias as well.

One of the largest trial gardens in the U.S. and Canada is located at Point Defiance Park in Tacoma. Sky Nursery in Shoreline hosts America’s largest dahlia show, organized by the Seattle Dahlia Society and the Puget Sound Dahlia Association. This year’s show will be held the last weekend in August.

Dahlias often are called the work horse of the garden. By mid-July, you may have an abundance of flowers that continue to bloom until the first frost. Around here that could be in November.

They make outstanding cut flowers for arrangements. They are relatively inexpensive, easy to grow, and with a little care will come back year after year.

If you are a beginner at growing dahlias, there are good resources available. I have found Floret Farm’s Discovering Dahlias to be one of the best. The author, Erin Benzakein, grows many varieties of flowers and is an educator to flower farmers around the world. Her farm is in the Skagit Valley, where I grew up working on farms as a kid, and where my ancestors were homesteading farmers. For additional information, see www.floretflowers.com/top-dahlia-sources. 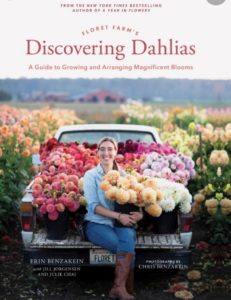 You can buy dahlia plants in pots, but it’s easy to start them yourself. The tubers are available almost anywhere that sells plants and bulbs. Local nurseries are your best bet, but even local hardware stores carry them. Sometimes a friend will share a tuber when they divide their dahlias. (In the fall I will share tips on harvesting, arranging, division and storage of tubers.)

When selecting your dahlia, look carefully for a bud or eye through clear packaging. You have two options for planting: plant them now in pots in the garage, or in mid-May directly in the ground outside — in full sun in a well-drained area. I usually plant in a pot first for a bit of a head start. I do not water them much until the sprout breaks the soil surface.

Plant the tubers in soil that’s amended with compost. Lay the tuber horizontally with the eye facing up, 4 inches deep for small tubers and 6 inches deep for larger ones. Be sure to protect them from slugs. The slimy creatures consider dahlias a delicacy! 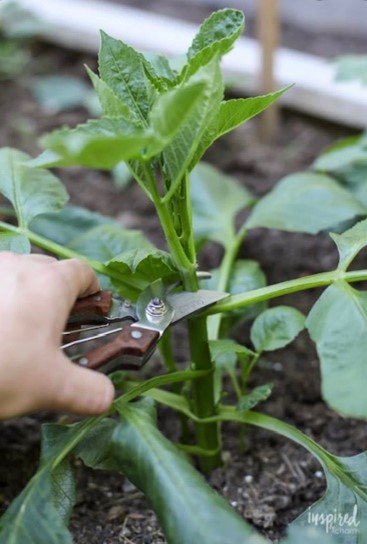 You can prune the dahlia back if you want it to be shorter and bushier and to produce more flowers. Once your plant gets about a foot high with at least four sets of leaves on the center stalk, you can pinch or prune the top off.

When it starts flowering, you can prune the buds down at the base of their stem. This will help your plant produce even more flowers. It’s hard to cut those first blooms but it really does help. Dahlias are wonderful in arrangements, and the flowers can last between five and seven days with water changes. A single flower may grace a bud vase or will look great simply floating in a bowl. With dahlias, you can go all out with a full-bodied type of arrangement; the giant blooms make it easy. 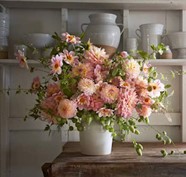 A couple of my favorite dahlias: 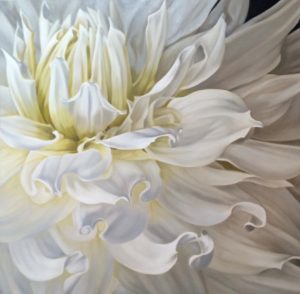 I hope you are inspired to see dahlias growing in our area and will be curious enough to try growing at least one in your garden this summer! It’s just around the corner. 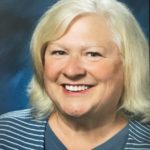 Val Taylor had her first garden when she was 11 years old. She grew up in the Skagit Valley and spent a lot of time working with fruits, vegetables, and bulbs on local farms. After college, career, and small kids, she attended the master gardening program in Seattle and volunteered for several years. She now belongs to five different Northwest gardening organizations. She is passionate about gardening and enjoys sharing.