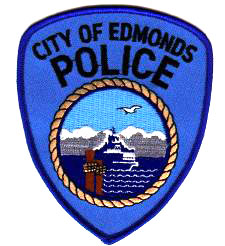 The driver who struck two children in a marked intersection in Edmonds April 22 will be cited in Edmonds Municipal Court for second-degree negligent driving, Edmonds police said Thursday. The children, meanwhile, have been released from the hospital and are recovering at home.

According to Edmonds police spokesperson Sgt. Josh McClure, an investigator from the police traffic unit reviewed video surveillance of the incident and conducted additional interviews and analysis of the available evidence. The driver, a 61-year-old Mountlake Terrace woman, had picked up a family member from an area school before the collision. The police investigation indicated she “may have been distracted by the need to provide additional care and monitoring of the family member,” McClure said.

Second-degree negligent driving is an infraction that carries a potential $553 fine.

The two children who were struck — a 14-year-old girl and a 2-year-old boy — were among a group of four family members legally crossing 220th Street Southwest at 80th Avenue West in a marked crosswalk at the time of the crash.

“A review and analysis of the video showed the vehicle was traveling at or below the posted speed limit of 30 mph when the collision occurred,” McClure said. “There was no evidence that the driver was affected by drugs or alcohol.”

Both of the injured children returned home last weekend, McClure said. The toddler is recovering from a concussion and internal bruising, while the teenager suffered significant bumps and bruises.