From a sewage treatment plant employee shortage, to shifting city budget writing to every two years. From leaks that jack up your water bill, to how to solve the Perrinville Creek flooding. Edmonds city councilmembers Tuesday night met in committees to dig into the nitty-gritty of trying to run this city.

Edmonds, like many employers, is suffering through a worker shortage. Human Resources Director, Jessica Neill Hoyson told the Public Safety and Personnel Committee that finding qualified employees is “challenging.” Edmonds currently has 14 job openings posted, half of those in the wastewater treatment plant.

The city is still searching for five treatment plant operators. One new hire is in training, and the department may resort to some ‘temp hires’ to keep the plant running, said Hoyson. Councilmember Laura Johnson wanted to know if those temporary employees could become permanent. Hoyson’s response: “They may not have the full skill set we need but could be directed to handle some smaller assignments.”

The city is completing a $26 million overhaul at the plant. Edmonds is in contract negotiations with the union representing the facility’s staff. There’s been friction in those talks; Hoyson told the committee that we are trying to “iron out some of the issues that will make us more competitive” and address the recruiting challenges. She did not specify those items.

Edmonds is getting closer to hiring two new department heads. Mayor Mike Nelson has now interviewed three finalists to become economic development and community services director; next stop – interviews with the city council. The public works director slot is also still open – there are five finalists for that position.

A discussion about changing the city’s annual budget process to a biennial budget sparked sharp exchanges in the Finance Committee. Finance Director Dave Turley told committee members Diane Buckshnis and Will Chen, and Council President Vivian Olson, that a two-year budget would free hundreds of hours of work that staffers now put in wrestling with a budget every year.

He cited neighboring cities – Lynnwood, Mountlake Terrace and Shoreline among them – that already run on a two-year budget– “every single one of them said they would never go back to an annual budget,’ insisted Turley.

That didn’t fly with Buckshnis, who argued that “when we go into biennial budgeting, council loses oversight and we have too many items in the fire right now with our capital projects” to do that. Wait two years, until inflation slows and uncertainty in the stock market eases, she said.

Chen also said that a biennial budget was a no-go for him. “I think Edmonds residents are very, very tuned in on every issue; going biennial kind of puts that in the background; citizens will have less exposure to our finances,” he said.

Council President Olson suggested that Turley and his staff could take the next two years to put things in place going toward a biennial budget. It will not happen this year. Under state law, Edmonds would have to change its budget process before June 30. Olson warned there are too many other big issues to take the budget idea to the full council this year. 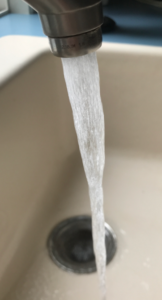 An $8,000 residential water bill triggered the next topic. Last year, one Edmonds family didn’t realize they had a leak until they got their bill. Edmonds sells water to 14,000 homes and businesses; most monthly residential bills run $75-$100. If the customer can show that they took reasonable steps to fix the problem, the city has a policy of taking $1,000 off huge, accidental bills. Turley asked Finance Committee members if that policy should remain, or should the city do more — or less — to help? Councilmembers want to make sure help is still available, but Will Chen also wondered if Edmonds could install a “smart system” to quickly monitor any leaks. Turley said he will review the policy and bring it up next month.

After a state audit criticized how Edmonds used some of its 2020 pandemic relief funds, Finance Committee members wanted to know if Edmonds would have to repay any funds. Turley said no — that the audit only reported that Edmonds appeared to violate its own rules about accounting for the funds; there was no state or federal violation. Edmonds is reviewing the grants given to 74 business, worth $574,000. Many of them, said Turley, had been unable to provide accurate reporting of financial losses during the first two months of the pandemic; but he added, they certainly qualified for financial support during the rest of 2020.

The Parks and Public Works Committee is debating how to proceed on plans to control flooding on Perrinville Creek between Talbot Road and Puget Sound. Heavy rains and sediment washed out the stream several times in December 2020 and January 2021. A city diversion dam failed, pushing water over Talbot Road and flooding three properties.

Parks and Public Works committee members heard consultants from Environmental Science Associates of Seattle (ESA) on a design proposal contract to plot a new stream bed route, with much larger culvert openings. This would be interim work while they finish a final plan. They proposed three new stream configurations to allow the creek to handle the water and not affect spawning salmon. Edmonds must sign a contract with ESA by June, so the work can begin this summer. But, again, Council President Olson warned that the next two regular meetings have very full agendas ,and she wasn’t optimistic about getting it before the full council. “It is a priority, I don’t think anyone is questioning that,” she commented. The committee asked the consultants for a new presentation to give a bigger overall picture of the full project.