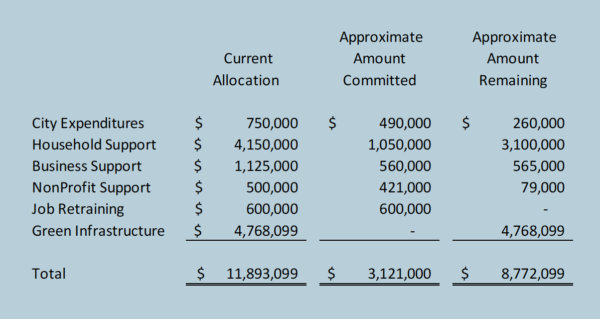 The Edmonds City Council will hold a public hearing at its Tuesday, May 24 meeting regarding how the City of Edmonds has allocated its $11.9 million in federal American Rescue Plan Act (ARPA) dollars for COVID-19 recovery.

The council is also scheduled to revisit a topic raised in earlier council discussions: Whether it is appropriate to extend the city’s designated business zone map to require at least some commercial use of new structures within the downtown BD2 zone. The council voted in April to extend its moratorium on building permit applications in the city’s BD2 zone until June 2 to give staff time to research the issue.

Other items on the council agenda include proposed changes to the city’s stormwater code, approval of the 2023-2028 Six-Year Transportation Improvement Program and a discussion of Edmonds waterfront issues that need to be addressed as part of the city’s 2024 Comprehensive Plan update.