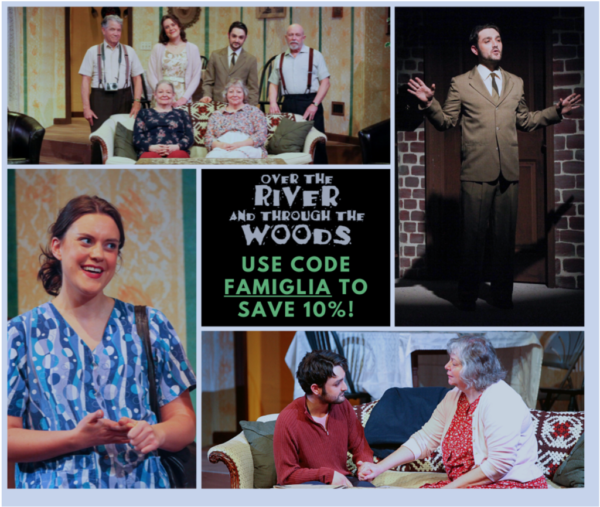 Driftwood Players presents Over the River and Through the Woods

Through June 5, the Edmonds Driftwood Players present Over the River and Through the Woods, a play by Joe DiPietro, directed by Christopher Kidder-Mostrom.

The play is about Nick, a single Italian-American guy from New Jersey. His parents retired and moved to Florida, but his grandparents are still in New Jersey and he sees them every Sunday for dinner. Nick receives his dream job offer but it’s all the way in Seattle. After he tells his grandparents, they think up a series of schemes to convince him to stay, including inviting a single young lady to dinner.

The play is a mix of comedy, nostalgia, heartache and grief. The cast does an excellent job of transporting the audience to a New Jersey from long ago, full of stereotypical antics of traditional Italian-American grandparents, family expectations and the weight of making big decisions.

For those who have experienced challenging family dynamics in their lifetime, this production has some relatable moments. The message of family, and food, is clear and present throughout the story and does a good job of tugging on the heart strings. 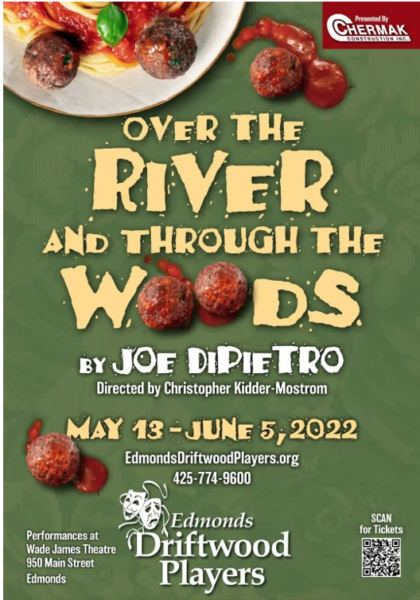 The production really comes to life with the strong acting of the cast. Many of the actors in this production are making their debut at Edmonds Driftwood Players. The cast come together with believable affection toward each other as if they truly were family. There is a nice balance of laughs and sentiment, and a grandmother continuously offering food, to bring smiles to the audience. Be prepared to be hungry by the end of the play; the scenes of comfort food and family might make you crave some Italian cuisine.

The play runs through June 5 with performances on Thursdays through Saturdays at 8 p.m. and Sundays at 2 p.m. Edmonds Driftwood Players is offering a special discount of 10% off with the code FAMIGLIA. Tickets before the discount are $28 General, $25 Jr/Sr/Military and are available online or by phone at 425-774-9600. The show is sponsored by Chermak Construction. Season sponsors include Templar Financial Services, Rick Steves’ Europe and Windermere Real Estate Edmonds.