Edmonds residents got a new and detailed look at a small church’s big vision of how its congregation can help families in desperate need of permanent housing. 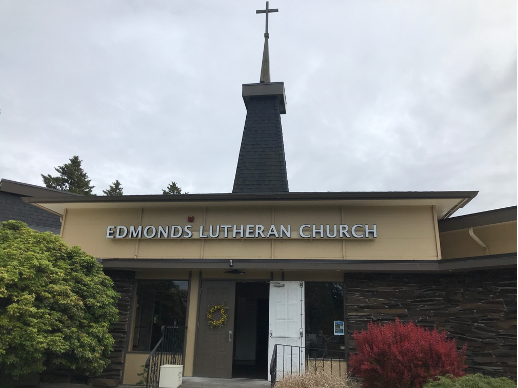 The group plans to build 52 apartments for low-income families on land adjacent to the church on 236th Street Southwest and across from the Edmonds Safeway store. Housing Hope and Edmonds Lutheran announced their plans last fall.

“It’s been such a vision for this congregation,” Pastor Tim Oleson said in an earlier interview. “For a long time, our mission is to bring hope and healing to the community and the world. We know how important stable, secure housing is for hope and healing.” Oleson added that his 200 members understand the stability that comes when “you don’t have to worry about am I going to be able to buy food next week, or do I have to worry about the rent?”

Once Housing Hope and the church get their city permits, they plan to break ground in the fall of 2023, with the project open for tenants by 2024. There will be seven one bedroom/one bath units; 32 two-bedroom/one bath units and 13 three-bedroom/two bath apartments in four buildings. The units are all intended for families with children.

This is the group’s first venture into South Snohomish County. The 35-year-old nonprofit currently owns and operates more than 500 similar apartments in Everett, Marysville, Stanwood, Arlington, Monroe, Sultan and Snohomish.

Four years ago, Edmonds Lutheran originally proposed a low-income housing project for the same piece of land. That project was to be 90 units using Blokables – pre-fabricated units that fit together like building blocks.

But the partnership with the church, Compass Housing Alliance and Blokable Manufacturing failed, due in part to financing issues and changing priorities at Compass.

The new proposed apartment complex is not “temporary’ or “emergency” or “shelter” housing. It is designed for families with children who cannot afford market-priced apartments. Housing Hope CEO Fred Safstrom told some three dozen people attending Sunday’s meetig that this project will provide what the group calls “permanent supportive housing” – with no limit on the time families can stay in the program. The goal, however, says the group, is “to help families stabilize and move on to other housing opportunities.”

Once a family has stayed in a Housing Hope project successfully for one year, they are eligible for ‘housing choice’ vouchers that will stabilize their “current affordable rent in the private market.”

The congregation, said Oleson, met several times with Housing Hope, visited their apartments and then voted “unanimously” to partner with the nonprofit. Oleson believes that 52 families will “have new hope stirred in them, especially in the economic times we face over the next several years… and that they invest in their children, find ways forward in the community, rather than just survive.“

From the discussion sessions during Sunday’s meeting came questions:

“Who would live in the apartments?” Those with criminal records, or sex offenders? Safstrom said that since Housing Hope serves families, “sex offenders are not eligible, and neither are those with a history of violence or firearms incidents.” The group’s guidelines say those with a history of substance abuse could qualify – “we know that stable housing is the foundation these families need to continue their recovery.” Drugs are not allowed on-site, and Housing Hope says security will be provided “as needed” on nights and weekends.

“Are you for profit or nonprofit?” Nonprofit, said Safstrom, adding that Housing Hope is not a “faith-based” organization.

“How do you pay for your program?” State housing trust funds, federal money and grants cover the big capital projects, he added, further explaining that the  apartment units generate revenue, and there is income from Section ‘8 public housing vouchers. The revenue covers the cost “of all operations and services.”

The nonprofit says there will be “family support coaches” and employment and education assistance, as well as a health screening facility – all on-site. Outdoor playgrounds, for all ages of kids — and a community room for adult education will be provided. It will be, said Safstrom, a “resident-led community.”

The project still must meet city permit requirements, and there are sure to be further public presentations and discussion. The price tag: $27 million. Edmonds Lutheran Church sold the property to Housing Hope for less than market value.

There is one thing that this development would not resolve – the soaring countywide need for more affordable housing.  Housing Hope already has a five-year backlog of applicants for low-income apartments; it is unlikely that they will take new applicants. But Pastor Oleson and his congregation believe that this project can provide hope and healing for 52 families, and they are committed to that.