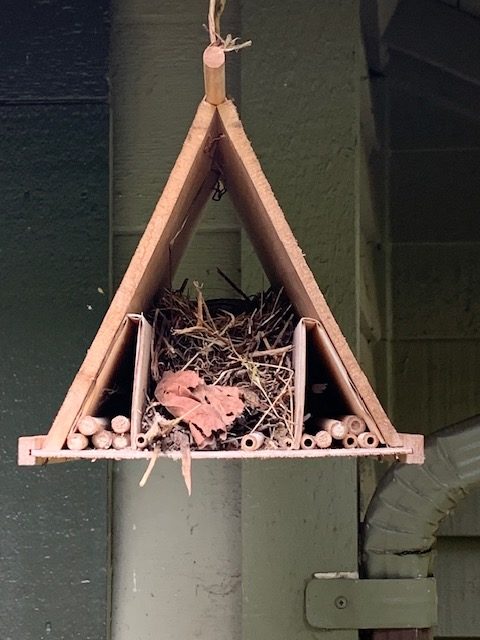 No, this is not going to be a story you might wish to share with a teenager when it appears the time is right. A clue is the fact the first word is in the singular. Several months ago I made this house out of scraps in my garage and patiently sawed numerous “tubes” from the stems of a bamboo bush we planted over 15 years ago. My intent was to build a house for Mason Bees, so in keeping with instructions I used stems of varying diameters, cleaned them and then placed close to 40 of them inside the house, then hung the structure from one of the overhangs on the roof in the front of our house. The next step was to place the mud source nearby for the bees to use when each “moves into” one of the tubes. 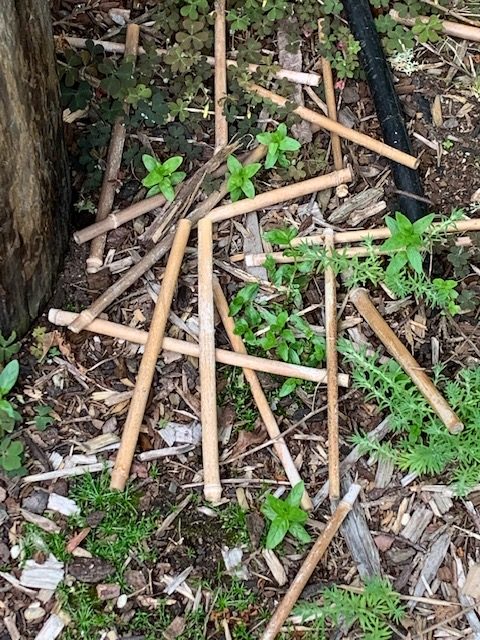 You can imagine my surprise to look at the ground under the house and see close to 30 of the tubes spread around (not neatly). I looked up and saw twigs and other debris where there had been tubes so I brought out a small ladder to better view the inside. From about six feet away I could observe something darker than the twigs and suddenly a small bird flew out and landed on the lilac bush nearby. It was a female Junco, and clearly – while I happened to have been the contractor who built her house – she was not at all happy with my presence. I left the scene immediately, and am opting to leave her alone. The bees will have to wait until next year…

Bob Rinehart is an Edmonds resident