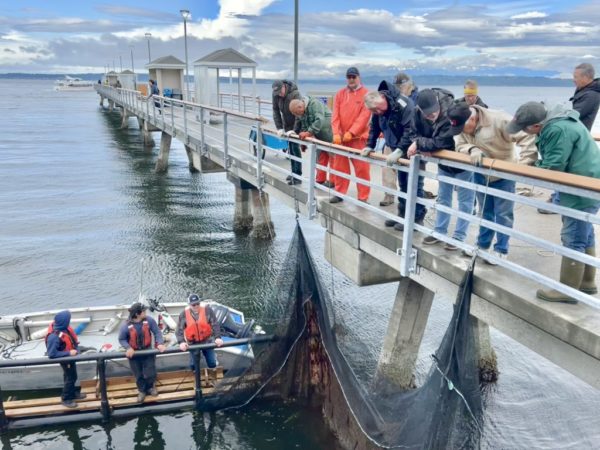 On a brisk Sunday morning, approximately 15 people gathered above and below the Edmonds fishing pier to release the coho salmon that have spent the past several months growing in a pen.

On hand were men and women from the Puget Sound Angler Association SnoKing chapter (PSA) and a few employees from the  Port of Edmonds. After several attempts to get the net up to the pier, with pauses to release it from sticking points, they were successful in their endeavor. 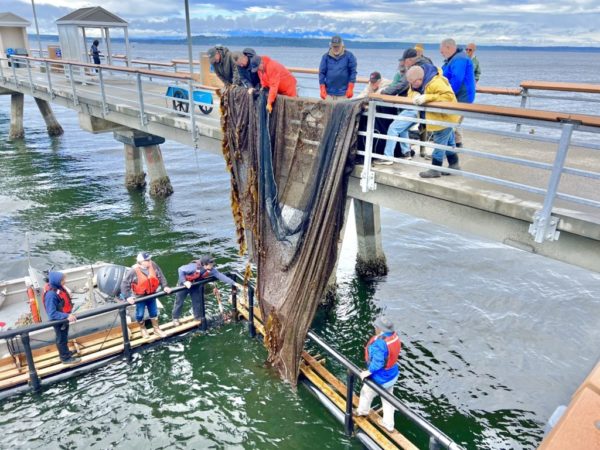 Long before the net was raised, the approximately 30,000 coho slipped out of the pen when one side of the net was lowered. Ultimately the fewer than a dozen fish that were stuck in the net when it was brought up were also released to the water below. When asked about what size the salmon are now, fisherman Stan Duncan replied “oh 7 inches or so.” 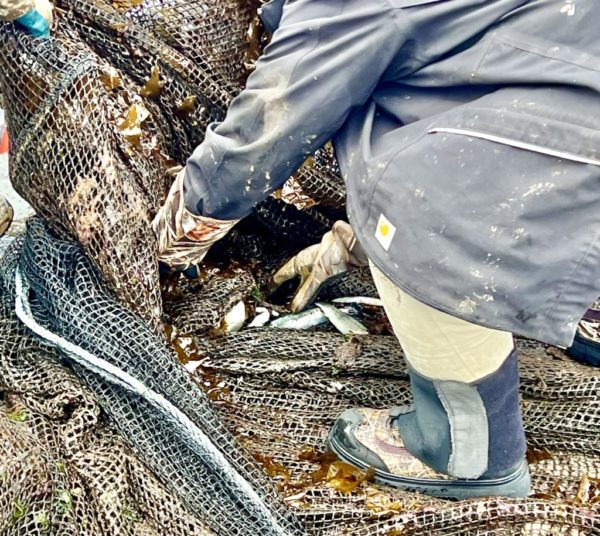 According to PSA Vice President Dan Stauffer, the next step is to “take the net to the fish hatchery to hang up so it can dry. Sea life comes off easier when it’s dry.” 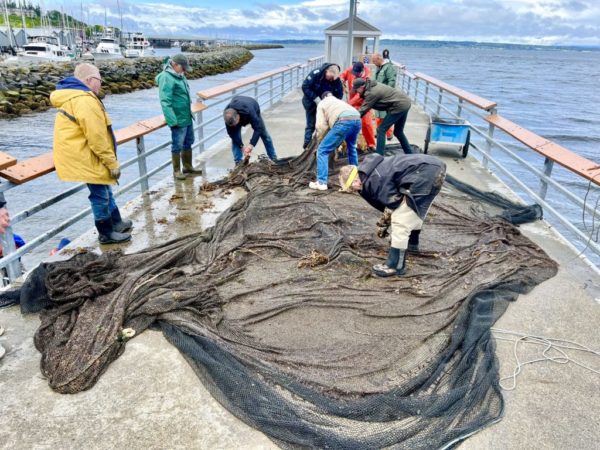 As for the rest of the cage, Port of Edmonds employees used a boat to push it over to Olympic Beach, and PSA members immediately went to work dismantling the pen for reuse next year. 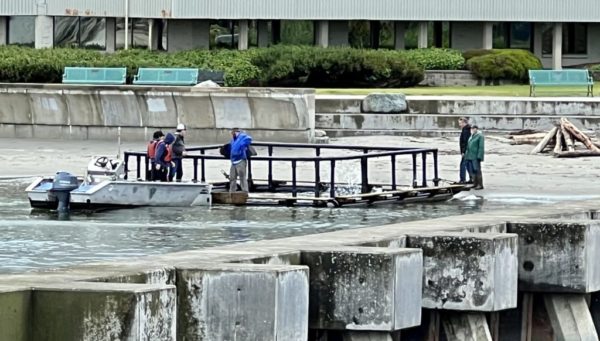 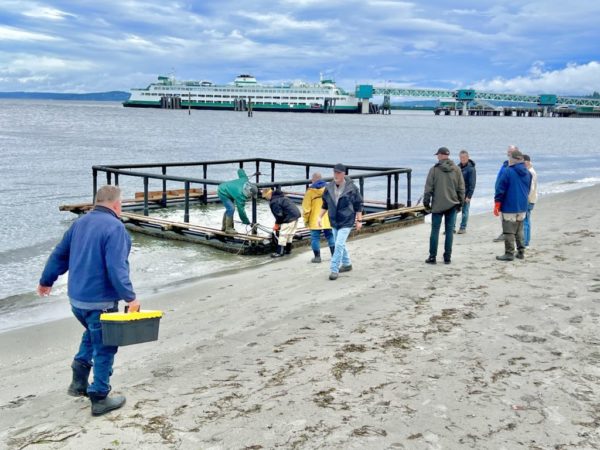 — Story and photos by Julia Wiese