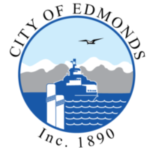 A special Edmonds City Council committee meeting is scheduled for 2:30 p.m. Monday, July 18 to discuss repealing the city’s much-contested gun storage and unauthorized use ordinance, which was invalidated in the courts.

The matter was scheduled to be considered by the council’s Public Safety, Planning, Human Services and Personnel Committee during its regular July 12 meeting, but the committee ran out of time to address it.

Proposed by then-City Council President Mike Nelson in July 2018, Ordinance 4120 was subsequently enacted by a 5-to-1 vote of the council. Passage of the ordinance set the stage for a flurry of legal actions, rulings and appeals pitting gun rights advocates against the city. Opponents maintained that the ordinance was illegal, in that it violated the Washington State Preemption Statute (RCW 9.41.290), which gives the state exclusive authority over firearms regulations statewide.

Also on the agenda is another matter that was discussed last week, with no decision taken –a proposal submitted by Council President Vivian Olson to edit the public information officer’s job description “to limit/prohibit…involvement in preparing opinion-based commentary.” After a long discussion on the matter, Councilmember Susan Paine proposed the committee keep the proposal on the agenda “one more month for review.”

Committee meetings are work sessions for councilmembers and staff, with no public comment taken. Persons wishing to attend this meeting virtually in lieu of in-person attendance can click on or paste the following Zoom meeting link into a web browser using a computer or smart phone: https://zoom.us/j/95798484261. Or join by dial-up phone: US: +1 253 215 8782 Webinar ID: 957 9848 4261

You can see the complete special meeting agenda here.