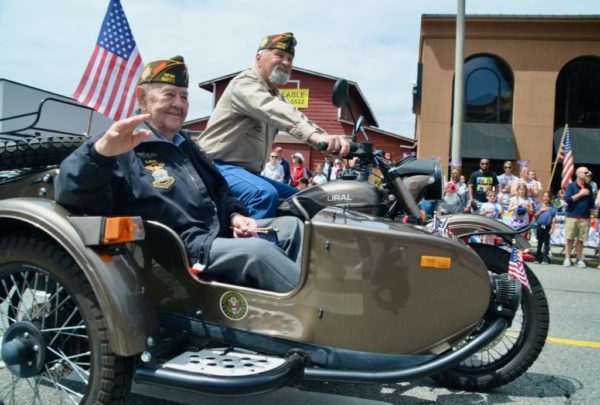 Downtown Edmonds streets were filled with holiday revelers Monday for the 2022 Edmonds Kind of Fourth of July parade, sponsored by the Edmonds Chamber of Commerce. Approximately 80 entries — ranging from war veterans to dancing horses to bagpipers — kept parade-goers entertained.

Diversity was a theme, from the Edmonds Diversity Commission to Pride of Edmonds to Japanese students participating in an Edmonds College-affiliated study-abroad program. There was a sprinkling of politicians, nonprofit organzations from Girl Scouts to the Edmonds Boys and Girls Club to the Edmonds Food Bank, and kids performing Irish dances and martial arts. The League of Women Voters had a contingent, as did Moms Demand Action. along with service organizations like the Edmonds Rotary Club and the Hazel Miller Foundation. Not to mention many local businesses. 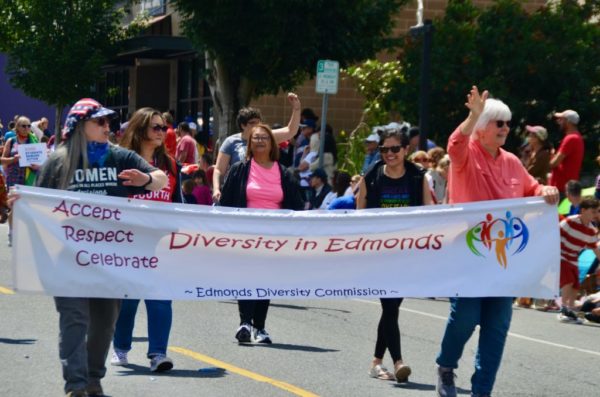 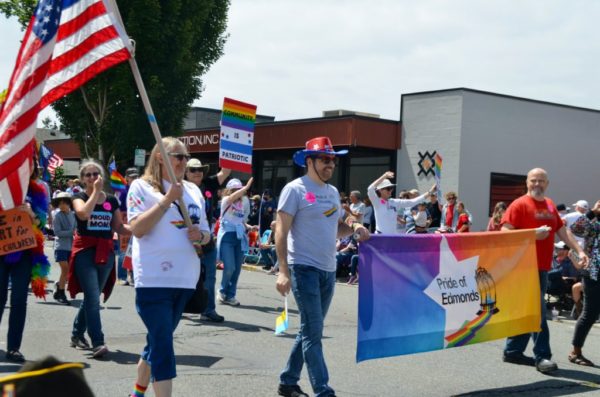 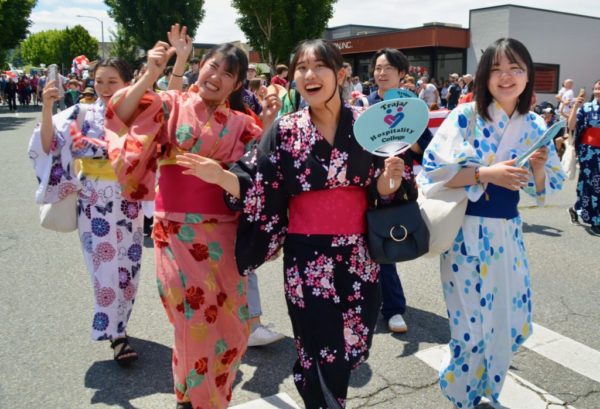 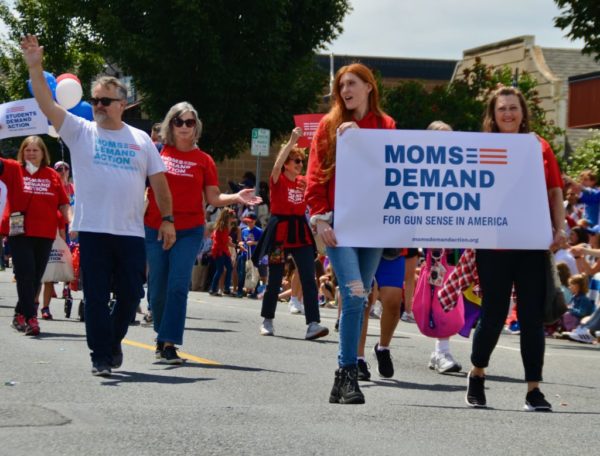 In addition, the family-favorite children’s parade — featuring an array of kids riding on decorated bikes and scooters or being pulled in wagons — returned after a two-year hiatus due to the COVID-19 pandemic. 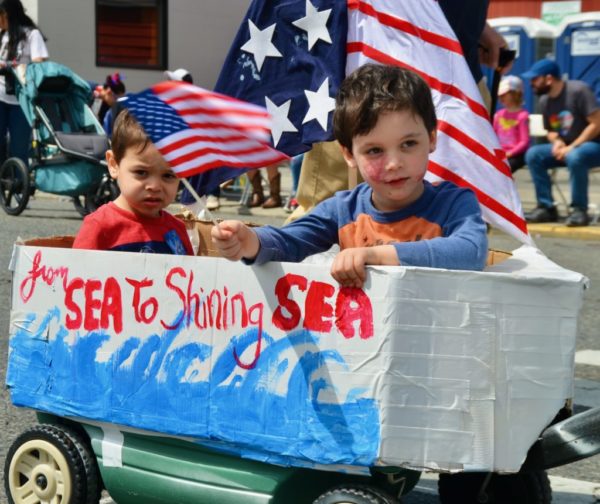 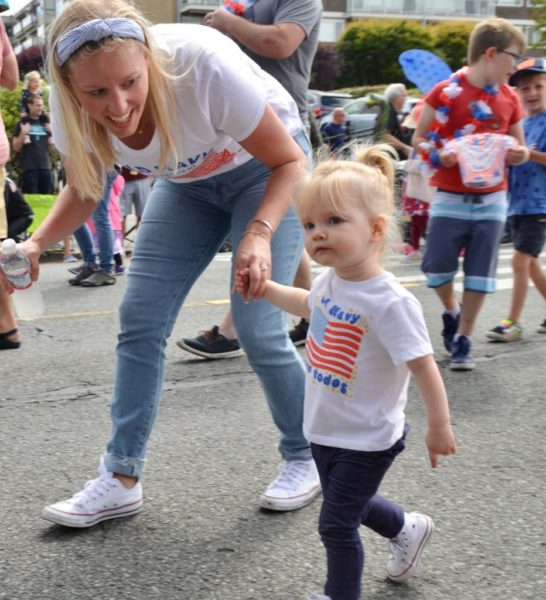 There were local dignitaries, including Parade Grand Marshal Deborah Brandi, executive director of the Foundation for Edmonds School District; 2022 Citizen of the Year Al Compaan, retired Edmonds police chief; and Edmonds Mayor Mike Nelson (apologies in advance that our camera was on the wrong side of the street to capture the mayor’s appearance this year).

The parade ended, fittingly, with a tribute to Edmonds Chamber of Commerce President and CEO Greg Urban, who is moving out of the area. He waved to the crowd from a golf cart in what was his last official duty as chamber president.

The winning parade entries were as follows: 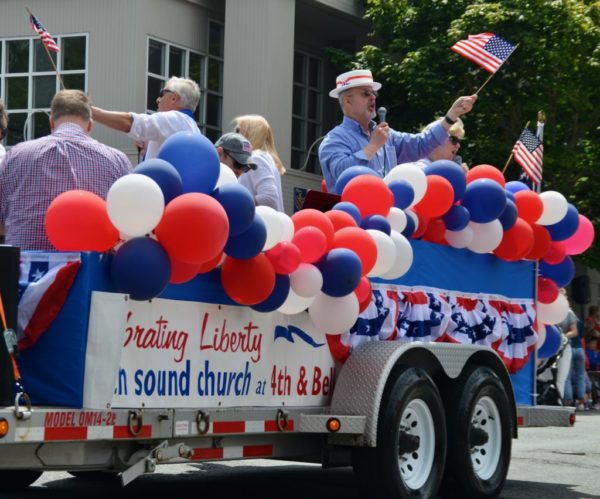 Most original: Sons of Norway 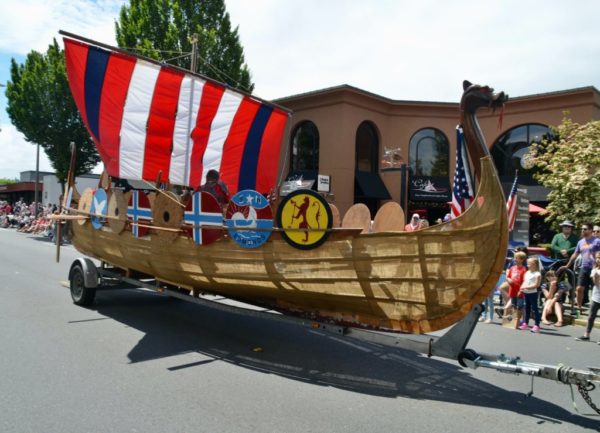 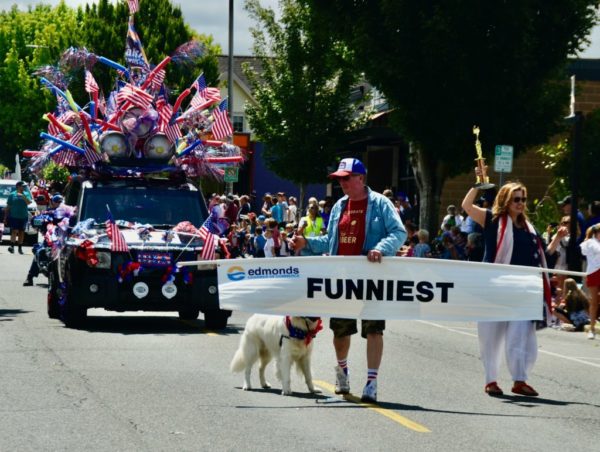 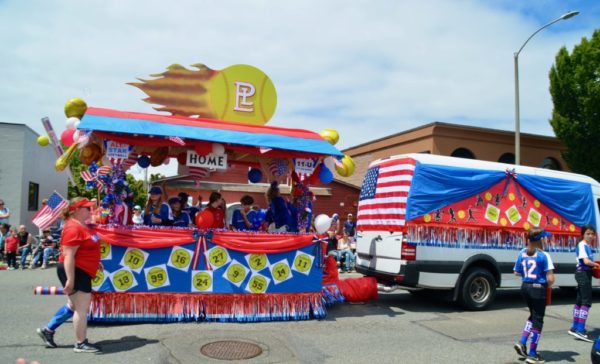 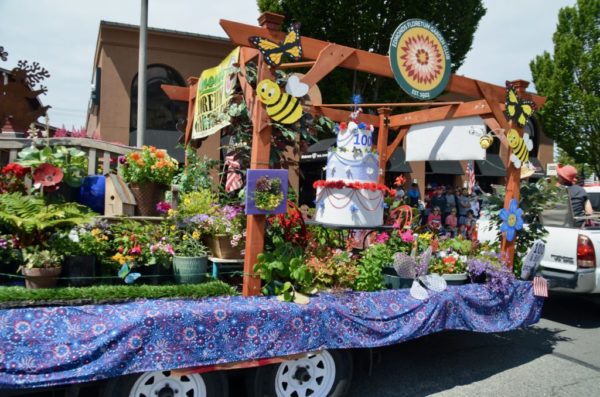 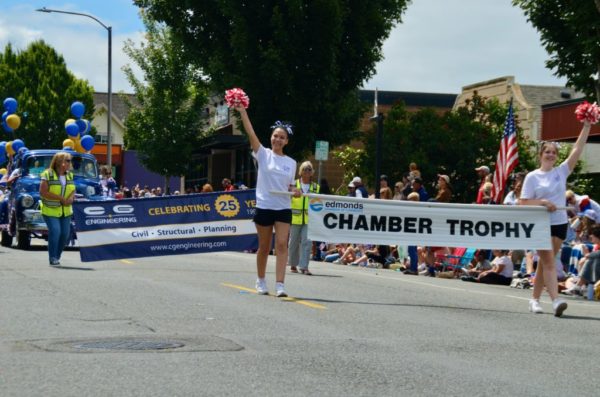 Note that we shot videos of both the Children’s and Main Parade and will provide those links as soon as they are available.