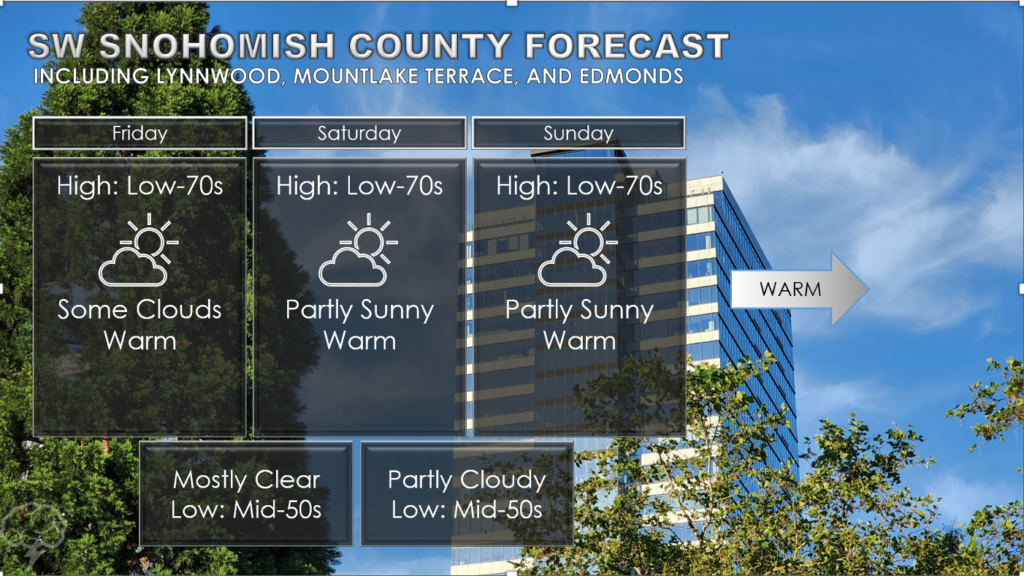 Despite the chance for some showers on our nation’s birthday, we ended up with a very nice day. At Paine Field, we saw a high of 66 degrees—a few degrees below the average 4th of July temperature—and did not register any rainfall. I celebrated most of the day outside and it was very pleasant. We did see some rain on the 3rd of July (thankfully it stayed mostly dry for the majority of the Mountlake Terrace fireworks show!), but at Paine Field, it only registered as a “trace” amount.

So far, KPAE has only seen a trace amount of rain for the month of July. This is quite the welcome sight after what seemed like a never-ending “drippy” couple of months. The relatively dry weather is actually expected to continue through the weekend and into next week. To make matters even better, warm (but not too warm!) weather is also expected.

Over the weekend, highs will be primarily in the low 70s, which is right around where we should be towards the beginning of July. By Monday and Tuesday, highs are expected to jump up into the mid-to-upper 70s, but some areas could even reach the 80-degree threshold. This slight increase in temperatures are due to expected upper-level ridge, depicted in the model image below. 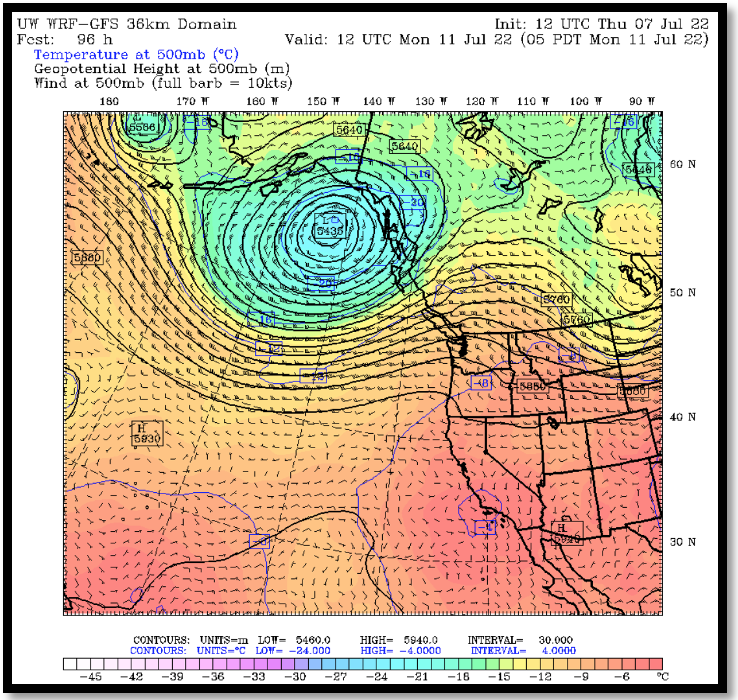 Regarding rain, there is a slight chance for a stray shower or two over the weekend, but this is not looking too likely for our area. Overall, we’re looking nice and dry, which will be perfect for getting outside and going for a walk, run, or bike ride—without burning up like a couple weeks ago.

At this point, no significant bout of rain is expected in the next week or so. We are officially in the climatologically driest month of the year (which can be seen below), meaning that rain is less likely than any other month.

Enjoy the nice weather—and remember, get outside! This is the time that people yearn for the most for about nine months of the year, so take advantage of it. Have a great weekend.