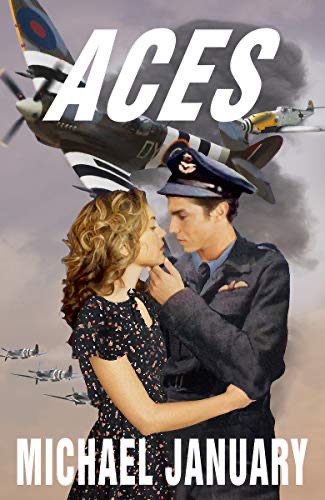 Wheels up for this high flying adventure. Hearts soar to the heights of love and friendship, and at times plummet from turbulence during the high stakes years at the start of World War II and the Battle of Britain.

Miki and Aaron are friends attending Princeton in 1935, both daring fliers with distinctly different styles that reflect their contrasting personalities. These friends are fierce competitors in flight, in life and in love as both of them have fallen for the same woman, Lacy. She is left with a difficult choice between these two dynamic men. They are all at the mercy of the winds of war, the devastating threat of imminent death and the sacrifices demanded of them. Yet each must act, and what they do will surprise you.

Graduation day approaches, and the group of friends are making decisions about the rest of their lives. This momentous time includes the love triangle where marriage proposals must be answered. Lacy is conflicted until a devastating action by Aaron throws her into Miki’s arms and future. Miki takes his new wife back to his home in Germany, where he fiercely competes in the 1936 Olympics, then becomes a Luftwaffe Ace. His impulsive and passionate friend Aaron volunteers with the RAF. Once again, they are opponents, and this time the future of the world is at stake.

How these pilots feel about their lives and commitment is revealed compassionately, giving the reader a true understanding of their perspectives and what they are learning in this unrelenting new world. Lacy is also learning about the new life in Germany, and the people who are suffering terrifying punishments and indoctrination. Lacy also is compelled to find a way to act, to help, to save lives. In her actions she faces terrifying dangers also within her marriage, and ultimately from the Nazi regime.

What great insights about dynamic flying come from this author, who is also a pilot. When writing scenes in the air, he places the reader right in the middle of the cockpit action. Initially the aeronautics stunts and racing fascinate and will have the pulse pounding. Later, the perilous flight missions and the dog fights have the reader right in the thick of the danger, and the high emotion: Will the pilot make it home alive? These daredevils show great concern as well for their friends and loved ones. Their chilling refrain to celebrate those who die in the war effort haunts — “to absent friends”.

It’s not just the action that will draw you into this epic novel. The characters’ intense and realistic interactions and motivations are artfully revealed. The tender romance is sweet and memorable. The ties that bind these interesting characters together delight and draw you into their story.

Author Michael January is a writer for film and television as well as a travel writer and photographer. His Favorite Castles book series is in its fifth edition with Favorite Castles of Germany and Favorite Castles of Switzerland as well as England, Wales and the castles of Ireland. He regularly writes of historical connections and has followed in the literal footsteps of the romantic writers. The Secret Memoirs of Mary Shelley: Frankenstein Diaries – The Romantics was his first historical novel. Find out more about the author here.