The first Edmonds Porchfest kicked off under sunny Saturday afternoon skies, attracting hundreds of people to downtown Edmonds to enjoy the free, walkable event featuring more than 20 music and dance acts at various locations. Mother Nature was right in step, getting into the spirit by turning off the wind and rain from earlier in the day, parting the clouds and bathing the streets in a warm autumn glow.

While entertainment and the chance to enjoy city streets in a new way was the main draw, the event had a larger purpose — the official unveiling of a city vision describing how residents want to see the community take shape and grow over the next 20 years.

The City of Edmonds Vision Statement:

Edmonds is a welcoming city offering outstanding quality of life for all. We value environmental stewardship, vibrant and diverse neighborhoods, safe and healthy streets, and a thriving arts scene. We are engaged residents who take pride in shaping our resilient future.

The vision is the outcome of months of work by city staff and residents as part of the Reimagining Neighborhoods and Streets: Creating Community Spaces Together effort. Staff spent the summer talking to residents about what is important (and not important) to them. It included walks, talks, table chats, surveys and even staff armed with microphones and video camera doing impromptu person-on-the-street interviews. The goal was to collect comments, opinions and wish lists from a wide cross section of Edmonds citizens that will shape Edmonds’ 2024 Comprehensive Plan update. (Mandated by the Washington State Growth Management Act, Edmonds’ Comprehensive Plan update is scheduled to be complete at the end of 2024.)

“Our goal was to collect 3,500 comments,” said Edmonds Planning and Development Director Susan McLaughlin. “But by the end of this summer’s visioning effort we were overjoyed to have amassed 8,500. The comments were then reviewed and formed the basis of a revamped vision for our city that crystalizes our shared values — all originating from things our citizens told us. All good plans start with a vision, and this one now gives us a basis to form a plan to bring these to reality.”

Kicking off with a gala opening in downtown Edmonds’ Red Barn on 5th Avenue, the event began with comments by Mayor Mike Nelson and McLaughlin, and included a 30-foot-long graphic upon which citizens were encouraged to vote thumbs up, down, happy or sad on a wide array of ideas and goals that could be part of the effort to “reimagine Edmonds” over the next 20 years.

“Today’s event is part of a community-led partnership,” Nelson remarked. “One key objective of this is to raise awareness of how residents can use their streets and public spaces in ways that promote community togetherness and support economic development at the neighborhood level. Our streets are not just for transportation — they are a place for people to gather — and I truly believe that more of us want to be together than be apart.”

According to McLaughlin, next steps will focus on the technical aspects of the Comprehensive Plan, aimed at translating the wealth of community-driven ideas and comments into action.

“We’ll dedicate the winter to this activity, and then come back to the public to share it,” she concluded.

As soon as the speakers were finished, the music began with some toe-tapping roadhouse rock by John Pinetree and the Yelling Degenerates. The group took the Red Barn stage by storm, setting the mood for attendees to hit the streets and enjoy the more than 20 acts performing on porches, private yards and street corners throughout downtown.

Those who want to provide feedback on Porchfest can fill out the survey here. 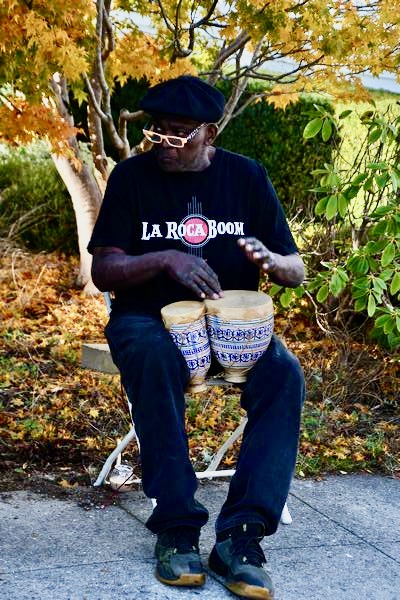 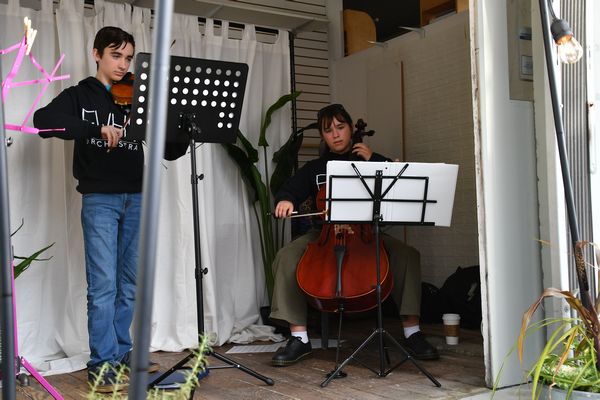 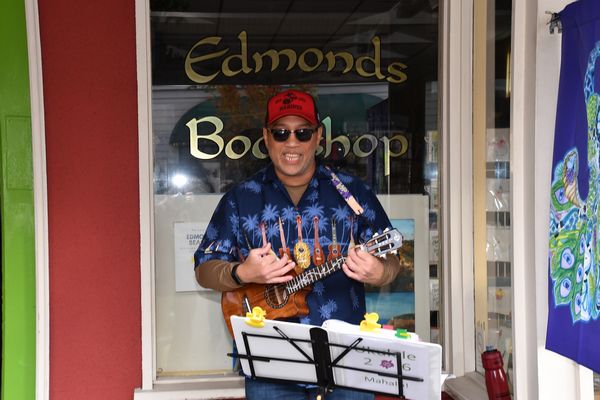 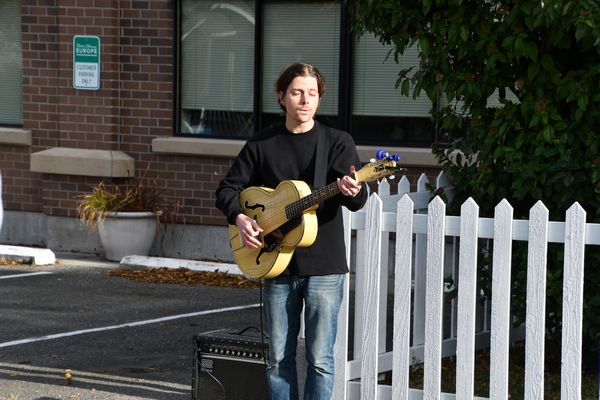