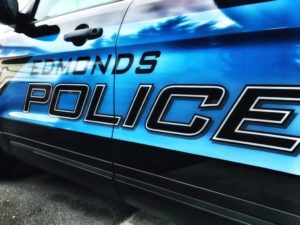 9400 block 244th Street Southwest: An adult reported missing from a residence was located by another agency in California.

300 block Main Street: A subject received a scam phone call and attempted to give the caller money.

7900 block 236th Street Southwest: A vehicle was stolen from a residence.

600 block Edmonds Way: An argument at a gas station led to a subject causing slight damage to another person’s vehicle.

200 block 5th Avenue North: A nail was discovered in a motorcycle tire.

21900 block Highway 99: A juvenile male shoplifted from a business.

8400 block 244th Street Southwest: A subject used a counterfeit bill at a business.

20400 block 86th Place West: A man was arrested for burglary of sibling’s home.

7600 block 230th Street Southwest: Police were dispatched to a verbal dispute between a couple.

21900 block Highway 99: A subject was trespassed for being aggressive toward others at a grocery store.

24100 block Highway 99: A woman was trespassed from a store after causing a disturbance.

8700 block 236th Street Southwest: A lost dog was found and returned to owners.

9300 block 244th Street Southwest: A vehicle stolen from a parking lot was later recovered by Tulalip PD with no license plates and ignition damage.

200 block 5th Avenue North: Drugs were found on a man arrested on a warrant.

23900 block Highway 99: A pedestrian attempting to across the highway was struck by a vehicle. (See related story here.)

100 block Railroad Avenue North: Police responded to a suspicious circumstance regarding juveniles “catfishing” each other on social media. (Read more about catfishing here.)

21100 block 80th Avenue West: A woman reported past abuse by a parent.

20800 block 76th Avenue West: A juvenile was reported as a runaway.

9000 block Olympic View Drive: Police were called to a verbal argument between an adult couple.

23800 block Highway 99: A pedestrian struck by vehicle assaulted a witness to the collision.

8400 block 188th Street Southwest: Greenhouses at an elementary school were burglarized and damaged.

10000 block Edmonds Way: A man reported that his adult daughter was fraudulently cashing his checks.

21400 block 72nd Avenue West: Two residents at an adult home got into a physical altercation over one of them being in the other’s room.

9300 block 244th Street Southwest: An adult man and his mother got into a verbal argument.

7300 block 213th Place Southwest: A shotgun and ammunition found in a vacated apartment were turned over to police.

23600 block Highway 99: A man stole a customer’s purse out of a shopping cart and fled in a vehicle.

22000 block Highway 99: Aid response to an unresponsive female in a vehicle resulted in a warrant arrest.

1200 block Coronado Place: Police provided assistance to a crisis responder to detain a subject for a mental health evaluation.

23600 block Highway 99: A man was arrested for shoplifting from a business and an outstanding arrest warrant.

23800 block Highway 99: A traffic stop on a vehicle related to a warrant suspect resulted in an arrest.