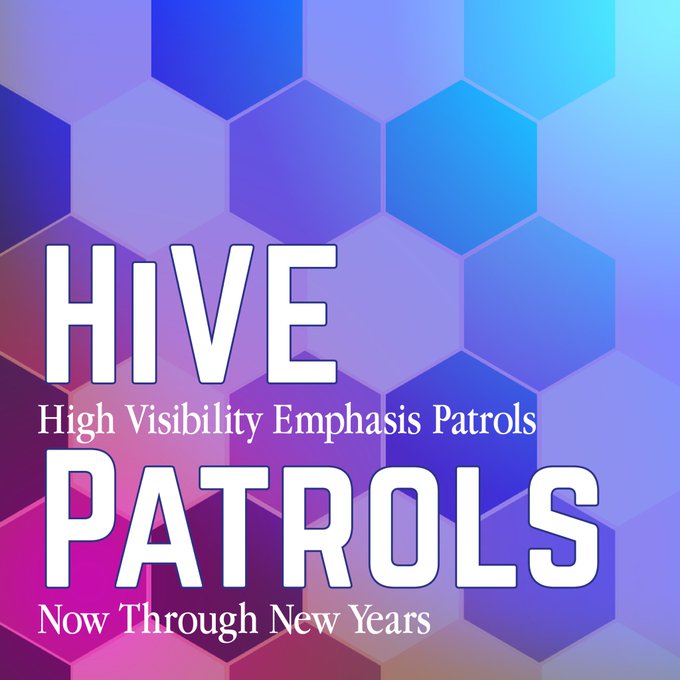 The Washington State Patrol (WSP) will once again be focusing its efforts to reduce serious injury and fatality collisions during a “High Visibility Enforcement” (HiVE) patrol Saturday, Nov. 26.

This will be the second of four HiVE patrols occurring in conjunction with statewide efforts during the upcoming holiday season. Future patrols include Dec. 17 and Dec. 31.

Saturday’s daylong HIVE patrol will focus on the area of Interstate 5 from milepost 181-188 between Lynnwood and Everett with increased enforcement efforts during peak collision times.

The HiVE patrol locations and times are dictated by data collected by WSP. Law enforcement who participate use an all-crimes approach with a focus on collision-causing violations including speed, following distance, impaired driving, distracted driving and aggressive driving behaviors.