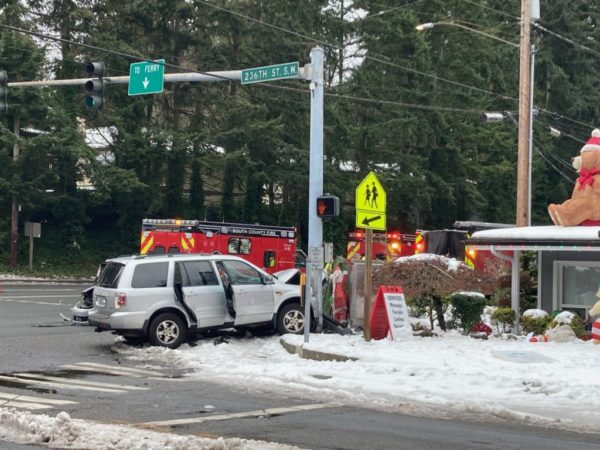 One of the vehicles slid into two male pedestrians. One man was transported to Harborview Medical Center with serious injuries while a second man, with minor injuries, was taken to Swedish Edmonds.

The two female drivers of the involved vehicles were also injured. One was taken to Harborview and the other to Swedish. The extent of injuries is unclear at this time, police said.

Edmonds police traffic detectives were on the scene investigating. Failing to yield on a left turn appears to the primary factor, police said.