Snow and freezing temperatures made traveling in Edmonds a challenge Tuesday, as the city’s public works employees continued their snow removal efforts.

City of Edmonds spokesperson Kelsey Foster said public works crews “were focused on priority routes for snow removal this morning because of the continued snowfall, secondary routes may take some time to be addressed.”

The following roads were closed as of Tuesday afternoon, although the city noted that “conditions are rapidly evolving and closure decisions may change quickly.
– 88th Avenue West at Olympic View Drive
– Puget Drive at 88th Ave. W.
– Main Street at the top of the hill (1010 Main St.) 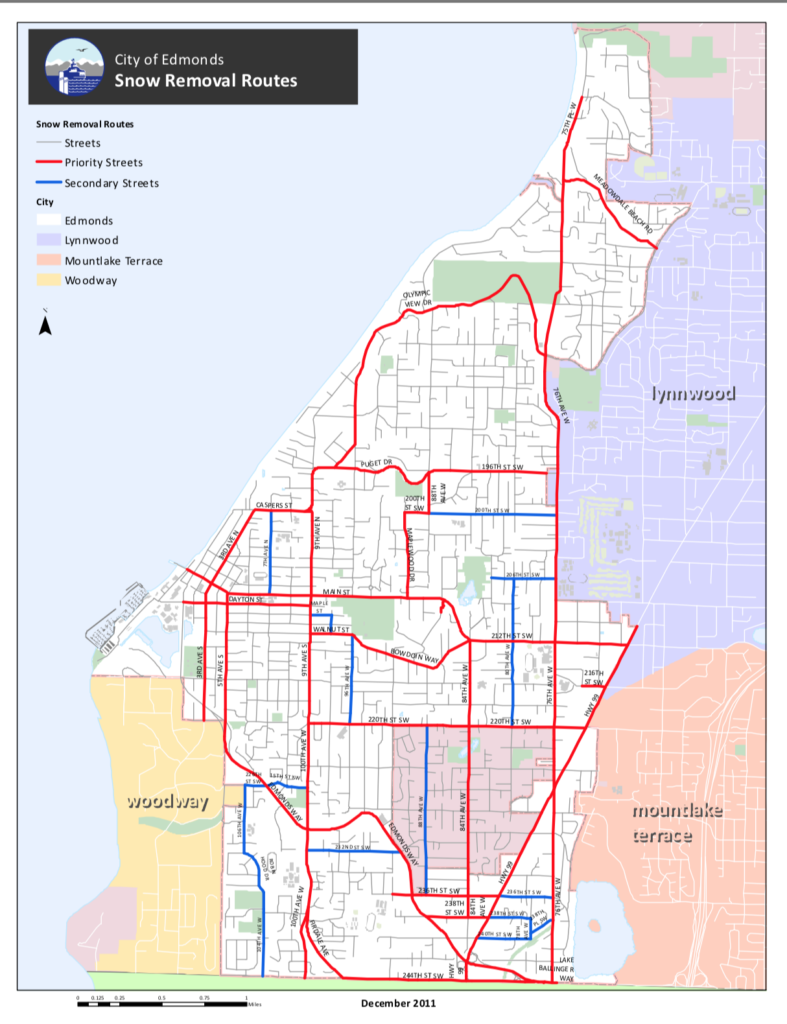 The Frances Anderson Center was closed Tuesday due to the snow, and programming at the Edmonds Waterfront Center was also canceled.
In addition, Edmonds District Court was closed for the day.

The city also noted that there are several daytime warming centers open in Edmonds and devices charged as cold temperatures continue :