Tickets are going quickly for an evening with Mónica Guzmán, author of the newly released book, I Never Thought of It That Way: How to Have Fearlessly Curious Conversations in Dangerously Divided Times. The event, set for Thursday, Jan. 5 in Edmonds, is aimed at helping attendees find common ground even when they disagree.

The event will begin at 6:30 p.m. at the Edmonds Waterfront Center, 220 Railroad Ave., Edmonds. Tickets are free and available through EventBrite here.

“Finding common ground during dangerously divided times: A community conversation with Mónica Guzmán” is presented by the My Neighborhood News Network family of publications — Lynnwood Today, MLTnews and My Edmonds News — in partnership with the Edmonds Waterfront Center, the Edmonds Bookshop and the Vida Agency.

“As someone who values the importance of civil discourse and the role it plays in our democracy, I am proud to bring Mónica Guzmán to Edmonds for this event,” said Teresa Wippel, founder and publisher of the My Neighborhood News Network. “Mónica’s book is a thoughtful guide for anyone working to have meaningful conversations with friends, family, neighbors and co-workers, even — and especially — when we disagree.” 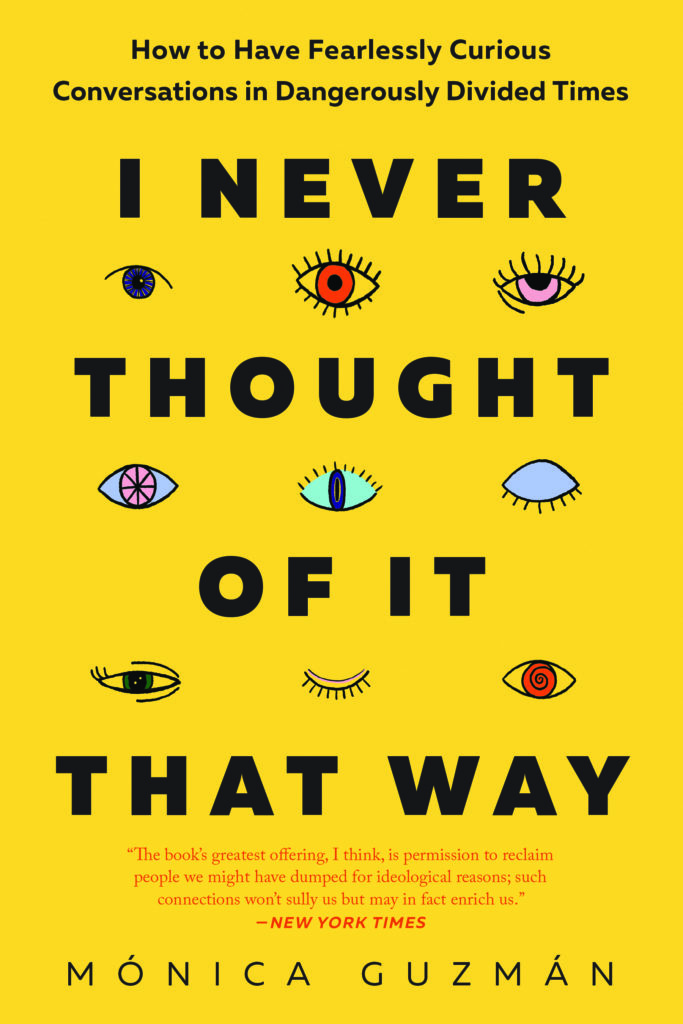 Guzmán is a bridge builder, journalist and author who lives for great conversations sparked by curious questions. Her new book was featured on the Glenn Beck Podcast and named a New York Times recommended read. She’s Senior Fellow for Public Practice at Braver Angels, the nation’s largest cross-partisan grassroots organization working to depolarize America; founder and CEO of Reclaim Curiosity, an organization working to build a more curious world; host of live interview series at Crosscut; and cofounder of the award-winning Seattle newsletter The Evergrey.

In addition, she was a 2019 fellow at the Henry M. Jackson Foundation, where she studied social and political division, and a 2016 fellow at the Nieman Foundation for Journalism at Harvard University, where she researched how journalists can rethink their roles to better meet the needs of a participatory public. She was named one of the 50 most influential women in Seattle, served twice as a juror for the Pulitzer Prizes, and plays a barbarian named Shadrack in her besties’ Dungeons & Dragons campaign.

A Mexican immigrant, Latina and dual U.S./Mexico citizen, she lives in Seattle with her husband and two kids and is the proud liberal daughter of conservative parents.

Her book will be for sale through the Edmonds Bookshop during the event.