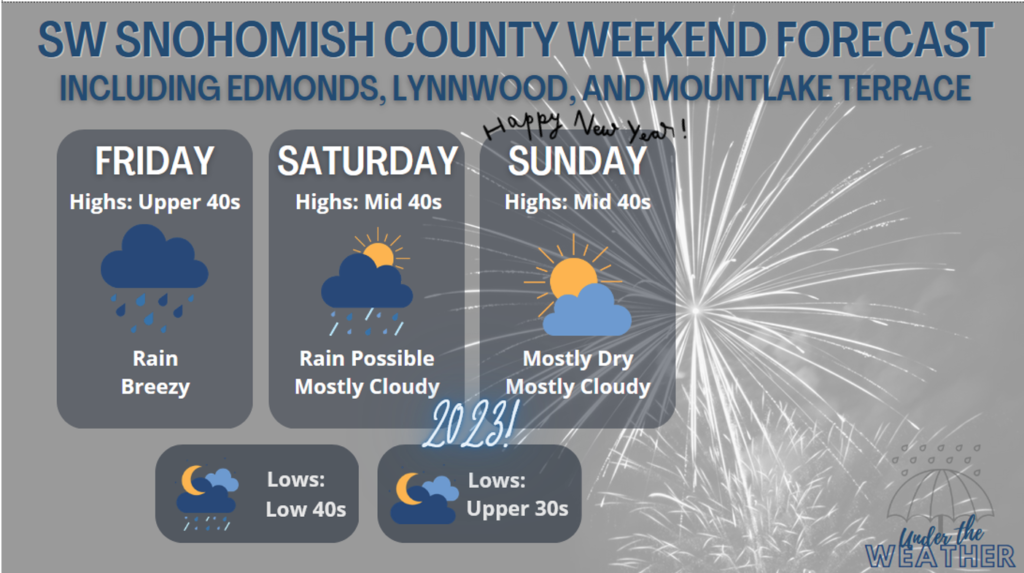 The month of December has given us quite a bit of excitement this year. We’ve had significant snowfall, rainfall, wind and even a historic freezing rain event.

I don’t ever recall seeing what I saw last Friday with the freezing rain. When I stepped outside, it was literally like stepping onto an ice rink. Even when stepping slowly and carefully, it was still very slippery. Hopefully you all were able to hunker down and avoid the roads. WSDOT essentially pleaded with the public Friday morning to stay home due to the excessive number of accidents — I’m sure many of you have seen videos like this one, especially from hilly Seattle. Absolutely brutal!

Thankfully, by the afternoon, the ice began to melt off as temperatures started to warm, but it still took several hours for things to clear up. It was treacherous walking across the street in my apartment complex just to get to my car Friday evening. By that time, roads were in a much more drivable condition.

In the graphic above, you can see the dry stretch from June into mid-October before things finally began ramping up in the rain department, which helps explain the rainfall shortage for the year.

With the craziness of December thus far, it’s only fitting that we end the month on a calmer note: a front to contend with Thursday night into Friday, which will lead to rain and some breezy conditions. This should be a little more “run-of-the-mill” than many of the other systems we’ve seen this month.

Showers will likely continue through Friday and possibly into Saturday. We could see a few scattered showers for New Year’s Eve, but overall, we should be mostly dry if you’re planning on going out for a fireworks show.

By New Year’s Day, ridging is expected to build, which can be seen in the model depiction below. The image is valid for Sunday at 10 a.m. This ridge should keep us mostly dry for Sunday (though a stray shower or two isn’t completely out of the question). 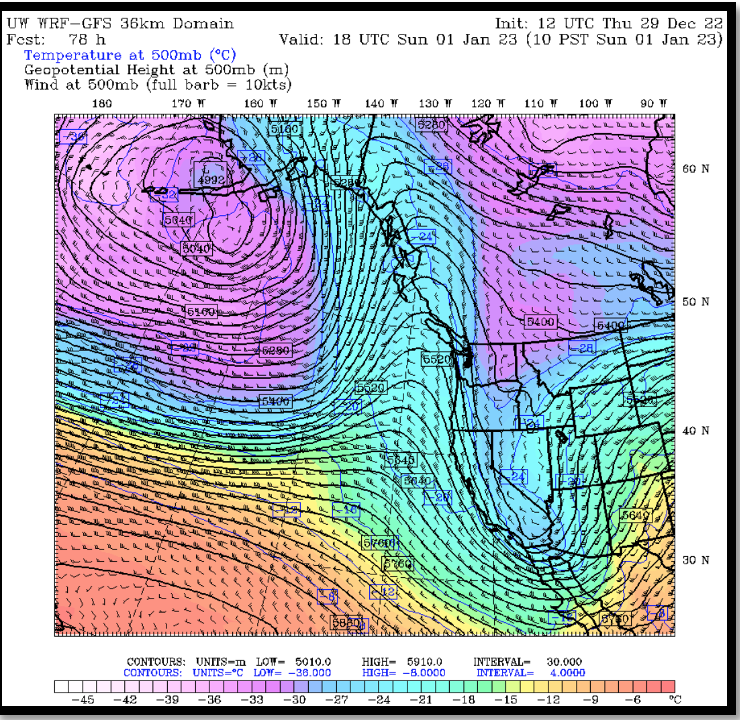 There is a chance that drier weather continues as we head into early next week, but there is some discrepancy on whether the ridge remains in place or breaks down, which would open up the door for incoming systems. At this time, expect the possibility of rainfall as we begin 2023.

It’s crazy that 2022 is already coming to a close and 2023 is knocking at the door. I hope everyone has a great New Year’s Eve. Happy New Year!