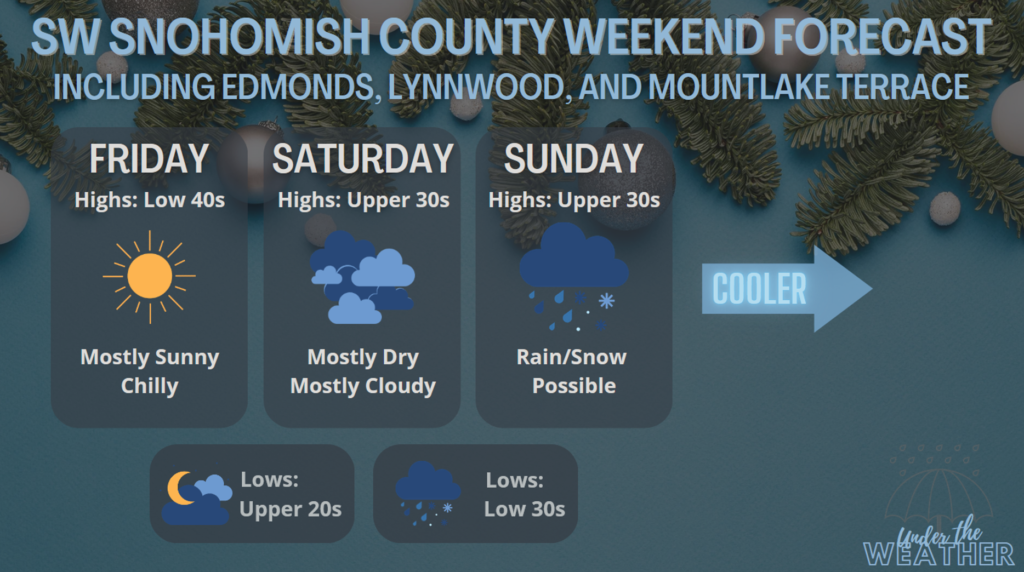 The words “snow” and “Christmas” oftentimes go together like “peanut butter” and “jelly” unless you live in Western Washington — then they are more like the words “oil” and “water.” If you’ve lived in the area for any length of time, you know to not hold your breath for that “white Christmas” (which is meteorologically defined as an inch of snow on the ground on Christmas). 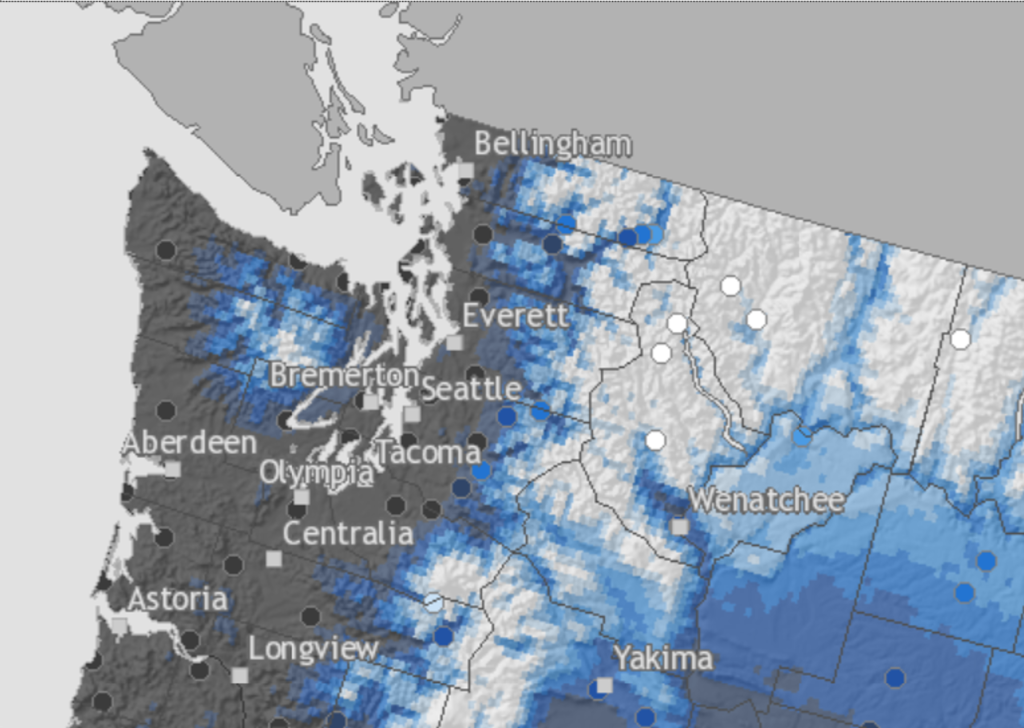 Using data from 1991-2020, our area has a less than 10% chance of seeing snow on Christmas morning, which can be viewed in the map above (you can view the interactive map here). Last year, we were so close to a white Christmas, but alas, we ended up with a white day-after Christmas. Using data from Sea-Tac (because Paine Field doesn’t keep track of snowfall), the last time we had a white Christmas was 2017. Even though it may be unlikely, that doesn’t mean that we can’t dream, right? (Cue Bing Crosby.)

Although it’s not quite Christmas (though it’s closer than you may realize!), any time the chance of snow returns to the Puget Sound lowlands, people begin to pay attention, and this time is no exception. On your weather app, you may have seen very cold temperatures and snow for next week — but don’t set the bar too high just yet. More on that in a moment.

As we head into Friday, sunny but cold weather is expected. It would be a great day to go for a walk — just make sure to bundle up. Friday night will be quite chilly due to partly clear skies. An upper-level trough will begin to drop southward from Canada on Saturday, leading to some precipitation from north to south. As the trough dips south through Sunday, cooler temperatures are expected to fill in. With precipitation and cooler temperatures in the mix, we have the chance of seeing some snow by Sunday night. However, there is uncertainty here regarding how much cold air we could see, which would obviously impact any snowfall chances. 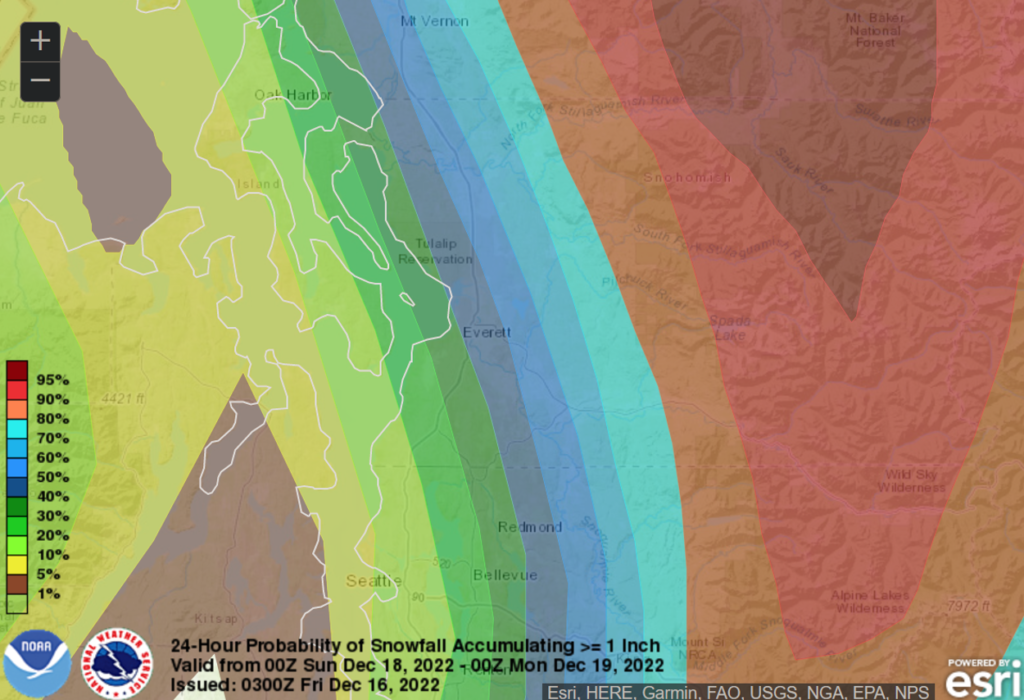 The map above shows a 10% to 40% chance of seeing at least an inch of snow by Sunday evening in Southwest Snohomish County. As temperatures drop Sunday night, this probability will likely increase— but again, there is still uncertainty. Any snowfall totals could also be impacted if and where a convergence zone (CZ) forms. Even if temperatures are marginal for snow, any areas of enhanced precipitation (like you find in a CZ) could bring cooler air down to the surface, turning rain or a rain/snow mix into all snow. This could lead to areas of higher snowfall.

There’s a lot that needs to be ironed out in this forecast, and as always, the best way to get the most accurate forecast information is to check the current forecasts. This remains true for next week as cold weather and the possibility of snow likely sticks around. NWS Seattle is a great resource for this—you can follow them on Twitter and Facebook or check out their website.