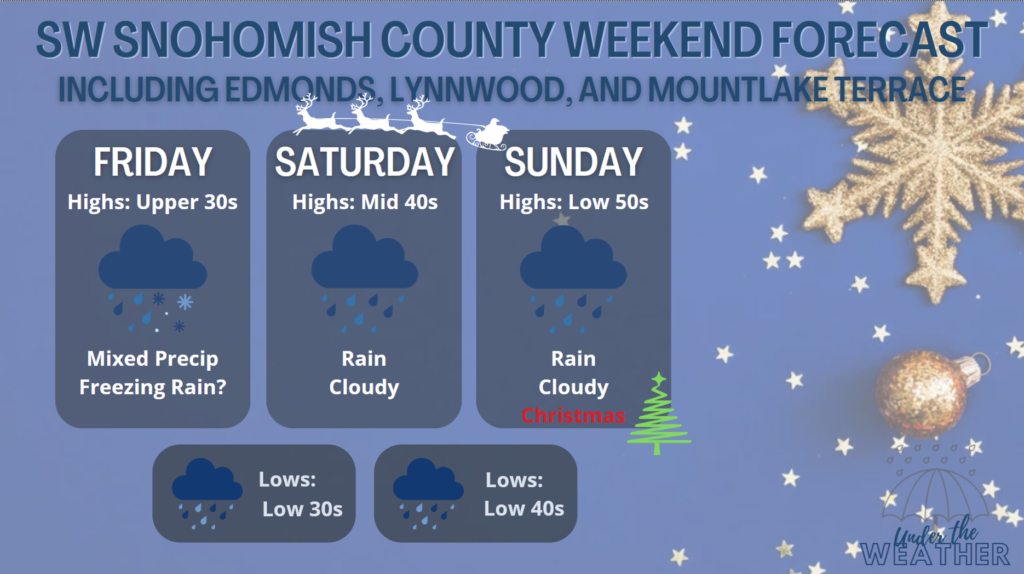 Happy winter, everyone! We’ve officially passed the winter solstice, also known as the shortest day of the year, signaling the start of astronomical winter. And boy, has it felt like winter around here for the past several days.

You can just take a step outside and it shocks you a little bit at how cold it is — unless you’re from a colder climate; in that case, give us native Western Washingtonians a break. We’re not used to this!

At the time of writing this, Paine Field has gotten as cold as 16 degrees. Since 2000, we’ve only had a handful of days that have had a low of 16 degrees or less, which can be seen below.

According to this graph, you can see that our legendary cold snap in February 2019 broke an eight-year drought of temperatures that low.

And, obviously, we got some more snow — it’s not super often that we get this much snow before astronomical winter begins. Some areas near Bellingham received near a foot of snow due to sufficient moisture and cold air. In our area, we generally saw 2-6 inches, with lesser values in areas where we initially struggled to be cold enough (I woke up to rain in Kenmore on Tuesday morning — how upsetting!).

With snow on the ground just a few days before Christmas, I’m sure many of you have wondered if we’ll have a white Christmas. I hate to break it to you, but the answer is no, probably not. The warmup is coming — but not before another bout of wintry weather.

However, the big story this time around is not so much snow, but freezing rain, which we’ll likely see Thursday night into Friday before it transitions into rain. Freezing rain can be as dangerous, if not more, as snow. If you’re not familiar with freezing rain, check out the following graphics. 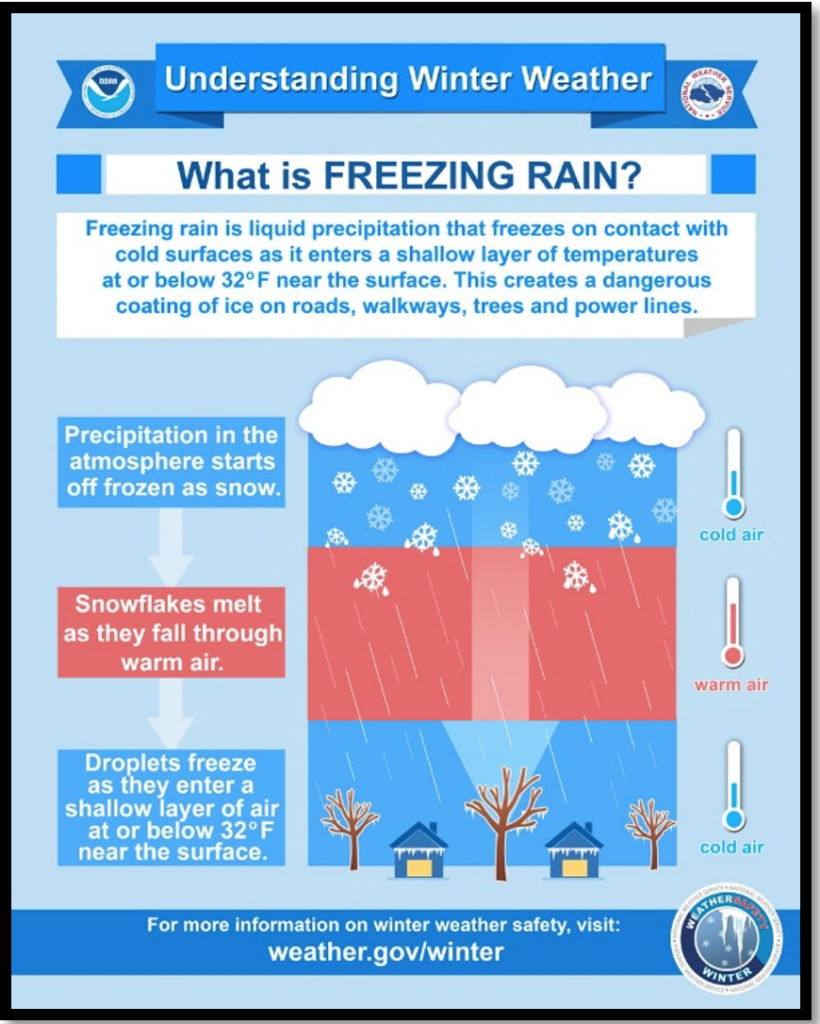 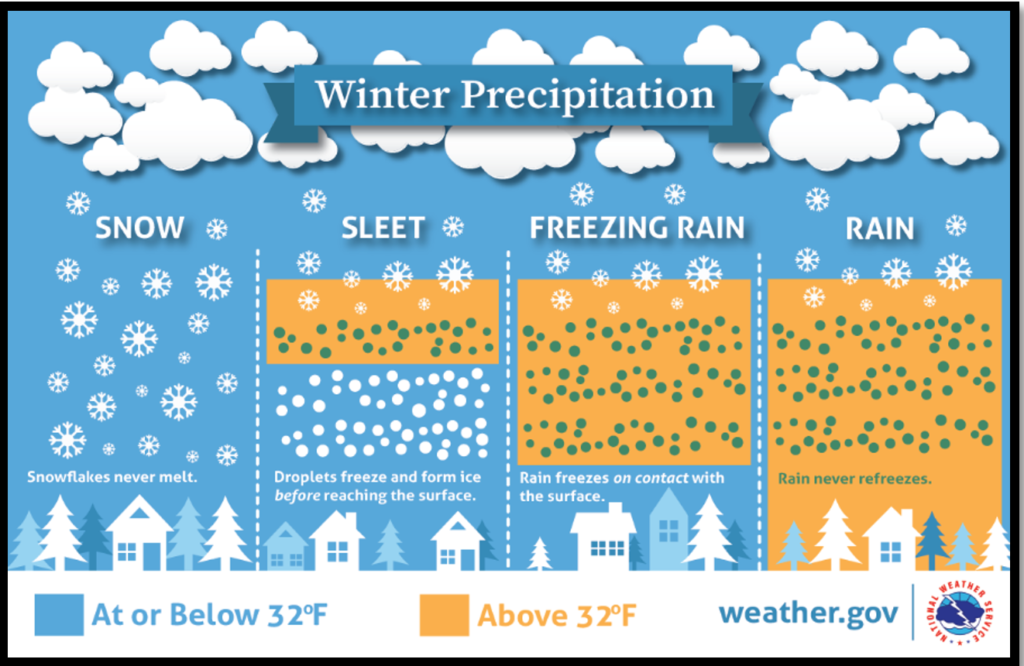 There is the chance for a bit of snow as well, but the biggest issue will likely be the freezing rain. In fact, a Winter Storm Warning has been issued for the combination of wintry precipitation. If these conditions are occurring, avoid traveling if possible. If you must drive, use extreme caution. 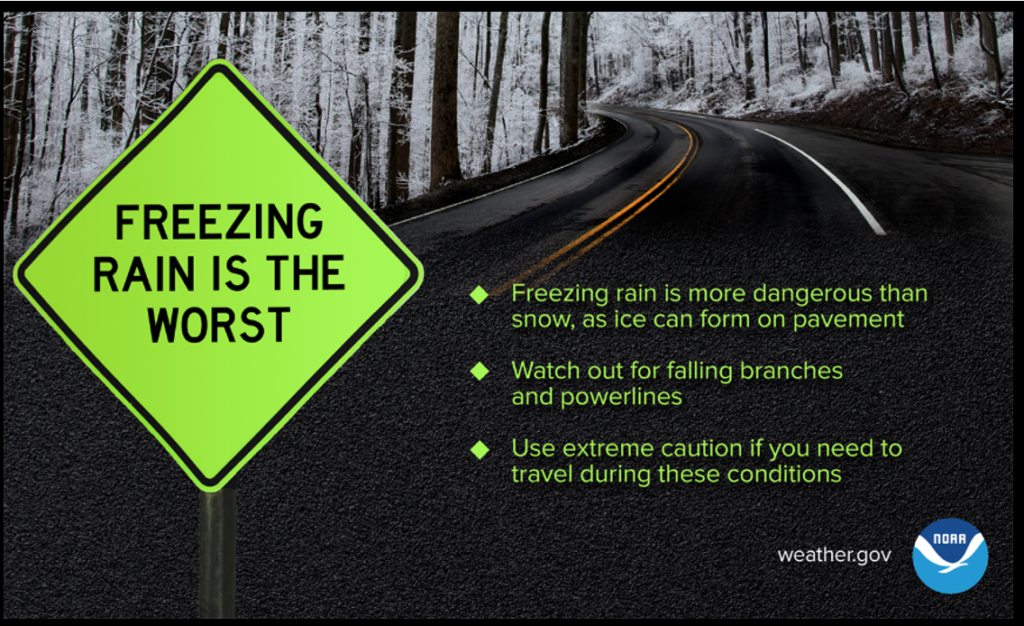 By Friday afternoon, most of the wintry weather should be wrapped up and will have transitioned into rain. And once the rain starts, it’s not expected to let up much over the next several days. A handful of systems, some of which will likely be classified as atmospheric rivers, are poised to strike one after the other, leading to significant rainfall.

For Christmas Eve and Christmas, expect wet and warm (by comparison) weather. We could see temperatures as high as the low 50s, which would be a 30-plus-degree differential from the past few days. We may see patches of residual snow that will not have melted yet, but otherwise, the white Christmas will be a no-go. Does a white week-before-Christmas count?

At this time, any breaks in rain over the next week will likely be short-lived. By midweek, we may see an additional 3 inches of rain — wowzah! With melting snow and all the expected rain, the issue then becomes flooding, both locally and on rivers. If you live in a flood-prone location, make sure to be paying attention to forecasts as they come out.

I want to take a moment to recognize and thank all the vocational meteorologists who work tirelessly during severe weather events to get information out to the public to keep them safe and aware. It’s not an easy job — and they don’t always receive the recognition they deserve. I want to help change that.

Happy Holidays! I hope everyone has a Merry Christmas. Stay safe and stay dry.