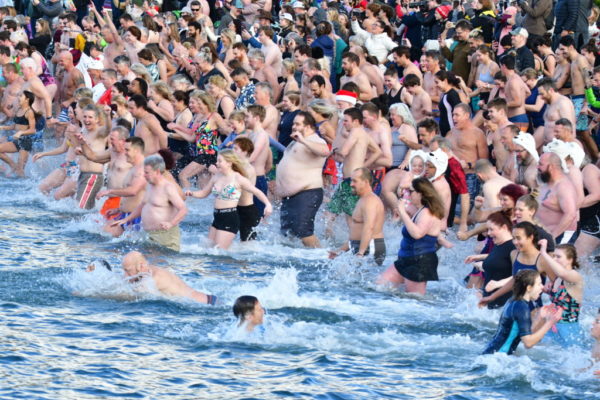 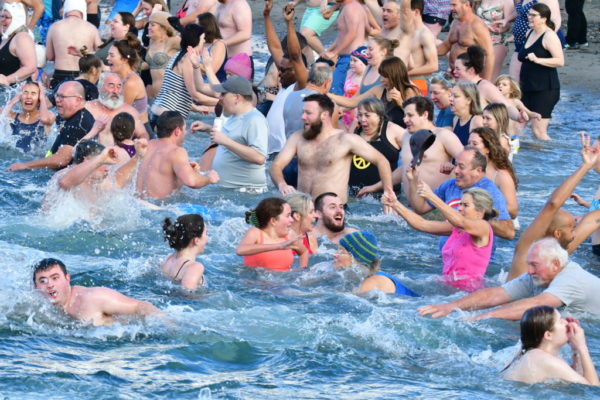 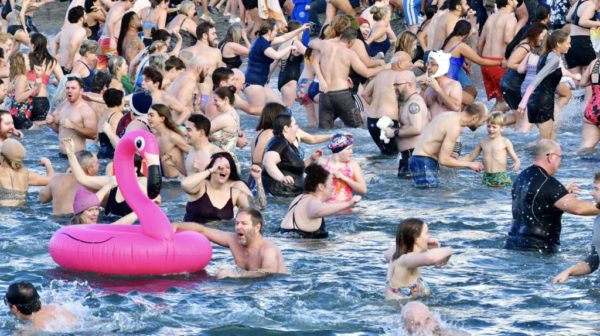 An estimated 500 hearty souls gathered at Brackett’s Landing beach Sunday afternoon for a New Year’s Day tradition in Edmonds — taking a dip in the chilly waters of Puget Sound.

Sponsored by the Edmonds Uplift Society, the 15th annual Polar Bear Plunge was held at the foot of Main Street just north of the Edmonds-Kingston ferry terminal. The festivities began with a pre-function at Daphnes Bar, followed by a march down Main Street to the beach.

The Edmonds Polar Bear Plunge got its start in 2008. Founder Brian Taylor had participated in similar events elsewhere over the years, and one evening over a few drinks with friends it was suggested that the time was ripe to institute a polar bear plunge in Edmonds. Inspired by a 1932 photograph from the Edmonds Historical Museum archives showing the Edmonds Uplift Society, a prohibition-era drinking club, Taylor and others decided to revive the Uplift Society as the event sponsor.

In recognition, the museum donated a print of the original Uplift Society members hoisting a few cold Rainiers, and that image continues to occupy a place of honor in Daphnes Bar.

You can see a video of the plunge here.